Faith and our fathers 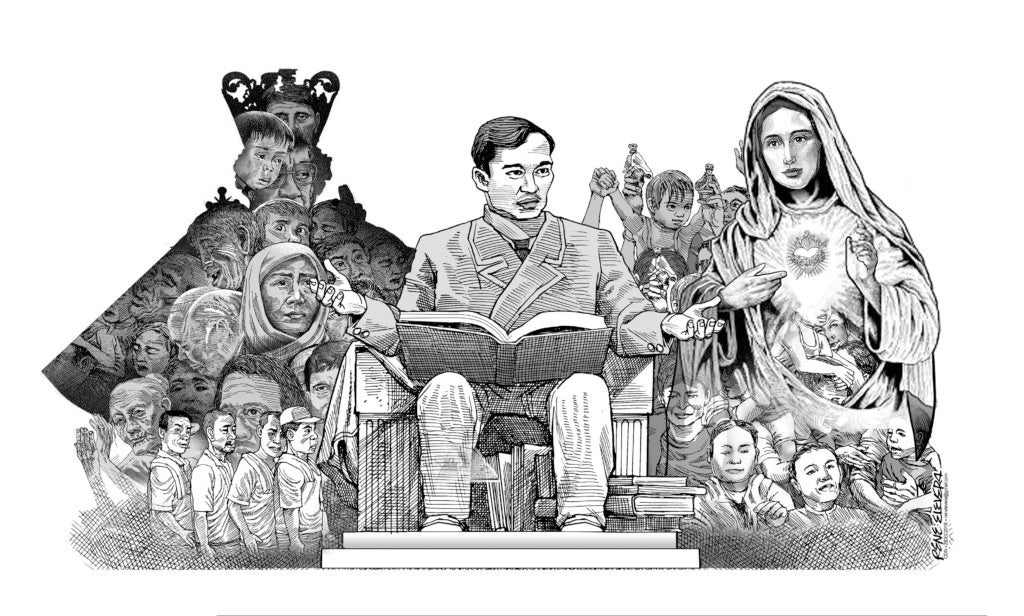 Be it Apolinario Mabini, Andres Bonifacio, or Jose Rizal, some of the greatest Filipino heroes were shaped by their spiritual roots.

The writings of these founding fathers of the Filipino nation bear this out.

Mabini spoke of God as the ultimate object of love and devotion.

Bonifacio spoke of love of country as a manifestation of love of God.

But it is in the literature from the pen of no less than the national hero himself that we glean the longstanding importance of faith to our national culture.

Rizal’s faith was Christian, specifically Catholic, appreciating not only Jesus Christ but also the Savior’s mother, the Blessed Virgin Mary.

It was Rizal who referred to the Philippines as “pueblo amante de Maria,” a people in love with Mary.

While Rizal railed against the corruption of the Catholic Church in the Philippines in his time, it cannot be denied that he saw the religion in a more holistic manner than its powerful critics today.

He saw both the glory and the ignominy of the Church, epitomizing the corrupt in the hypocritical Padre Damaso and the ones struggling for goodness in Padre Florentino.

His critique had style. He did not sink to the level of mudslinging, and so his words edify instead of creating resentment or provoking counterproductive controversy.

Rizal, whose death for our freedom we commemorate again tomorrow, refused to go the way of exhorting people, even in jest, to stop going to church, of calling for the beheading of clergymen, or of saying God is stupid.

His poems to Mary and to the Santo Niño attest that one can critique the flaws of faith without dragging through the mud what heroes and people on the street hold sacred, what deserves respect if not reverence.

“Why have you come to earth, Child-God, in a poor manger?

Does Fortune find you a stranger from the moment of your birth?

“Alas, of heavenly stock now turned an earthly resident! Do you not wish to be president but the shepherd of your flock?” (Rizal, 1875).