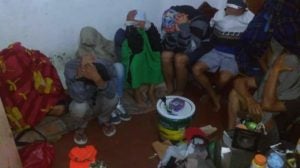 Among the seven was 26-year-old Arven Amante, a motorcycle-for-hire driver and a resident of the said village.

According to Chief Inspector Chuck Barandog, the head of the Drug Enforcement Unit of the Cebu City Police Office,  Amante was the target of the  operation since the latter was allegedly a peddler. 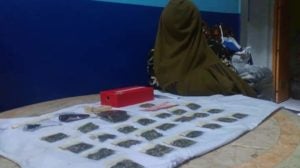 The packs of dried marijuana leaves seized from the suspects. CDN Photo/Benjie Talisic

The seven will be charged for violating Republic Act 9165, otherwise known as the Comprehensive Dangerous Drugs Act of 2002.

The value of the seized sachets of dried marijuana leaves is at around P6,000. /bjo