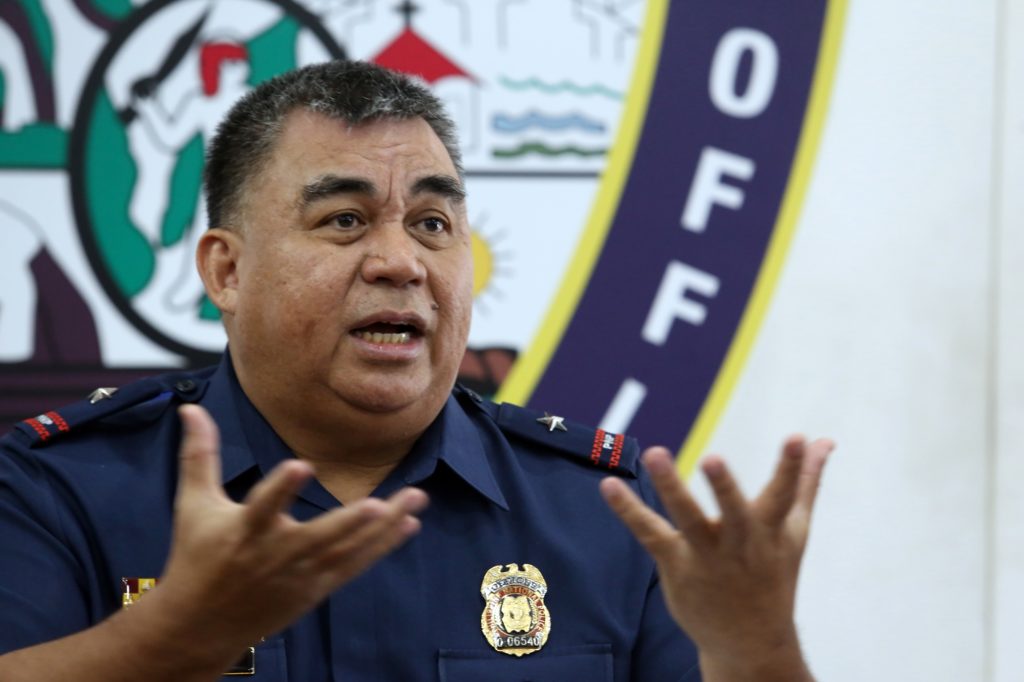 The Unity Walk was a show of solidarity between all regional offices in Central Visayas who were involved in ensuring “a fair, honest, and peaceful elections.”

Regional officials of the Department of Education, Department of Interior and Local Government, National Police Commission, Bureau of Fire Protection, Bureau of Jail Management and Penology, and the Armed Forces of the Philippines carried banners of support for a fair and peaceful elections from the Cebu Provincial Capitol to Camp Osmeña along Osmeña Boulevard.

Students from Cebu-based universities and even electoral candidates from Cebu City and the Cebu provincial towns also joined the parade.

Chief Superintendent Debold Sinas, director of the PRO-7, said in his speech after the unity walk that all agencies would have to work together to provide the public a fair and safe environment to cast their votes.

Sinas reminded the electoral candidates to be fair during the campaign period and never to resort to violence to achieve their personal gains the way many old politicians did in the past.

Lawyer Raphael Olaño, director of Comelec-7 encouraged everyone who had been involved in the elections to do their tasks, bearing the responsibilities to provide the public the best environment to practice their rights to suffrage.

“The people of Cebu believe — and we will work for a very credible elections. We will do everything to protect the sanctity of the ballots,” said Olaño in his speech.

Following the solidarity walk, the electoral candidates together with the PRO-7 and Comelec-7 officials signed the memorandum of agreement (MOA) for a fair and honest elections.

The memorandum states that the electoral candidates promise to be campaign fairly and never to engage in violent acts during the elections.

Olaño said the MOA would not only serve as a promise of these candidates to the Comelec but also a promise to the people that they would respect the process of the elections./dbs