Osmeña declares Sinulog 2019 a success; promises to raise to P1M aid to contingents

CEBU CITY, Philippines — Contingents who want to compete in future ritual showdowns during the Sinulog Festival grand parade have more reasons to look forward in joining one of the country’s grandest festivals.

Cebu City Mayor Tomas Osmeña announced that he will be raising the financial subsidy for performing contingents who will be participating in the next Sinulog Festival to P1 million.

In a speech during the ceremonial awarding and repeat performance of the winners for this year’s ritual showdown, Osmeña thanked the contingents for making Sinulog Festival 2019 a success. 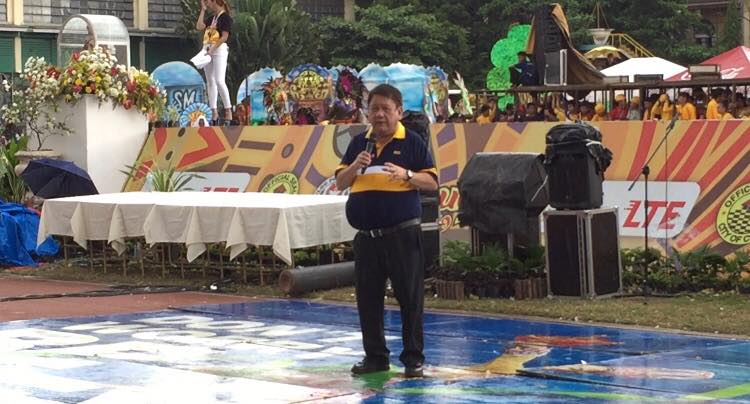 Cebu City Mayor Tomas Osmena declares the Sinulog Festival 2019 a success during the awarding ceremony of winners at the Cebu City Sports Center on Jan. 21, 2019/ | Photo by Morexette Marie B. Erram

Sought for comment, the mayor told reporters that he would find ways, or look “wherever” in order to increase the subsidy. One of the possible sources, he said, is from the earnings of this year of the Sinulog Foundation Inc. , which he said was sizeable.

It was not clear if the proposed higher aid will be put in place before June this year, when Osmeña’s three-year term ends. Osmeña is seeking reelection in May this year.

“Also, I’m very grateful na kamong mga participants and audience. The city government knows that not many of you won prizes but spent a lot more money. So magpasalamat ko sa inyohang mga contingents for being part of this Sinulog celebration,” he added.

The mayor said he also planned to commemorate the participation of the performing contingents by promoting their respective culture in a calendar.

For Sinulog Festival 2019, a total of 24 contingents competed for the Sinulog-based, Free Interpretation, and Street Dance categories of the Ritual Showdown. These composed of four out-of-town contingents, 13 from the barangays of Cebu City, and seven from Cebu province. /elb