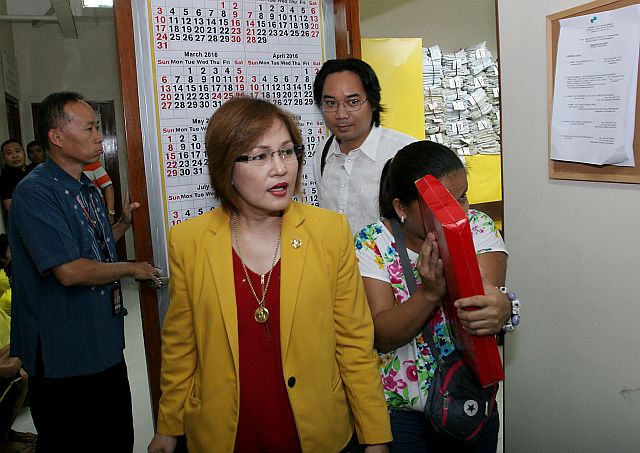 CEBU CITY, Philippines—The National Bureau of Investigation in Central Visayas (NBI-7) has asked the Cebu City Prosecutor’s Office for the records of all the cases that  slain prosecutor Mary Ann Castro had handled while she was an assistant prosecutor in the city.

NBI-7 Acting Regional Director, Lawyer Dominador Cimafranca, told Cebu Daily News Digital that he invited the prosecutors to the NBI-7 for a closed door meeting to discuss the possibility that Castro’s death was a retaliation of an aggrieved party  because of the cases she used to handle, especially those that involved the illegal drugs trade.

“We tried to discuss with the city prosecutors the possibility that some people may have personal grudges against her from the many cases in the past,” said Cimafranca.

Cimafranca however declined  to give more details about his meeting with the city prosecutors.

“As of now, we cannot yet establish the real motives behind her death. We are still gathering information but we are working on it,” said Cimafranca.

Senior Superintendent Royina Garma, director of the Cebu City Police Office (CCPO) and head of the Special Investigation Task Group (SITG) Castro, said in earlier interviews that they will be needing the cooperation of the family to solve Castro death.

Garma said the attack on Castro was planned carefully to bypass the city’s heightened security during the Sinulog celebrations at the time.

Castro was shot five times while driving her car along Escario Street by a lone assailant on board a motorcycle. /elb