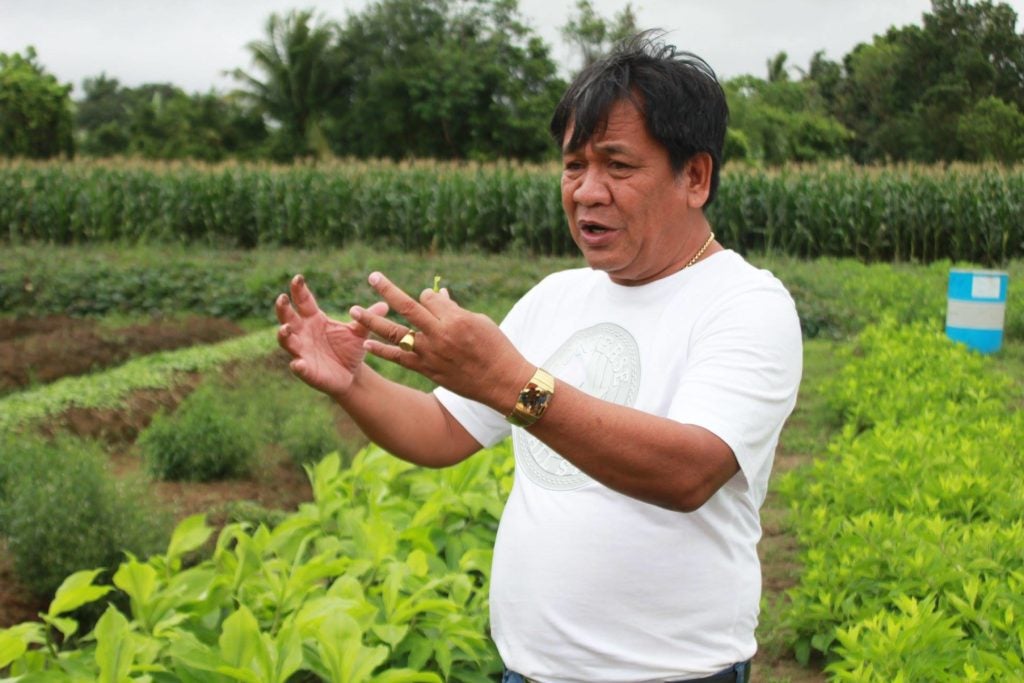 Romelito Mantujac, owner of the Balamban Intensive Skills and Technology Inc., explains what agricultural courses the farm school will be offering to its students. /Department of Agriculture photo

CEBU CITY — The advocacy to promote farming among the youth receives a boost with the opening of a farm school in the municipality of Balamban in June this year.

In its post on Facebook, the Department of Agriculture in Central Visayas said that the farm school named Balamban Intensive Skills and Technology Inc. (Bisti) is the first-ever Tesda accredited school in the region.

Bisti is a venture of Romelito Mantujac, a 57-year-old contractor turned farmer. He is assisted by 60-year-old Oliver Patlingrao, a retired employee of the Department of Agriculture who is the industrial partner providing technical expertise for the project.

The DA had expressed concern over the average age of farmers in the country placed at 57 years old. Because of this, Congress has even passed legislation that encourages the establishment of farm schools all over the country.

Under the Republic Act 10816 or the Farm Tourism Development Act, the Technical Education and Skills Development Authority will be paying for the tuition of the students enrolling in accredited farm schools. Oliver Patlingrao, a retired employee of the Department of Agriculture and industrial partner of the Balamban Intensive Skills and Technology Inc., discusses details about the farm with representatives of the National Dairy Authority in the region led by acting Manager Monina Mangubat (in striped long-sleeved shirt).| DA photo

The two partners envision that with the operation of Bisti, Balamban will be known as home to the first farm school in Region 7.

Based on the demographics of the municipality, a large number of the more than 80,000 population are young, according to DA-7.

To attract the younger generation to enroll in agriculture courses, Mantujac said the farm school would be offering other courses such as computer, massage and welding, among others.

He said that they would input agriculture data in these courses.

For example, students in the computer classes will be using data from the farm reflecting the lucrativeness of farming. If the students see that farming is a profitable business, they will then be interested or even motivated to go into farming, the DA said.

Mantujac was also quoted as having said that the school would motivate the students to go into farming, especially when they learn, for example, how a one-hectare area of bitter gourd can give them a gross income of between P600,000 to P800,000 annually.

Also, students studying farming need not pay for the tuition because the government has set aside funding for the scholarship.

The office of Senator Juan Edgardo Angara will be allocating P12 million for the scholarship. This would benefit the young people who will enroll in agriculture in June.

According the agriculture department in the region, the farm school will be showcasing a wide range of agriculture commodity production from ornamentals, crops to animal production. During our visit, the National Dairy Authority (NDA) personnel evaluated the site as they will be granting 10 dairy cows for breeding. The farm school will also be showcasing sheep, goats, native chicken, quail and a wide range of animal production.

The farm school will teach students the techniques and principles in producing naturally grown products. Currently, the school is setting up a stingless bee apiary. This would confirm that the farm school adopts the natural farming system as bees don’t thrive in a chemical environment, the DA-7 said.

Even before its opening, the farm school has attracted visitors and has been getting inquiries from those interested in studying agriculture./dbs