Inayawan landfill still a fire a hazard, according to BFP, Cenro 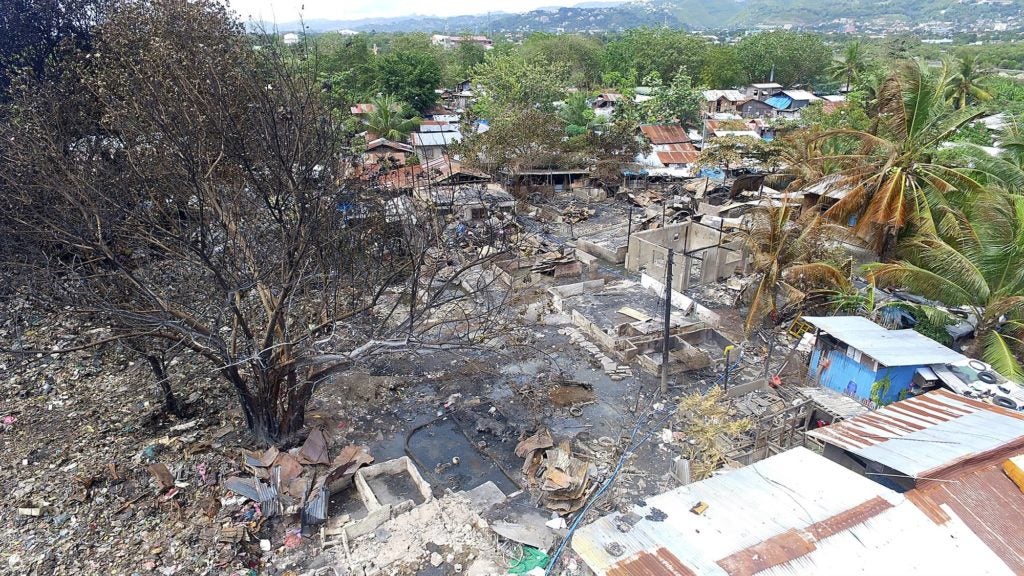 The extent of the damage in the fire that hit Sitio Dumpsite in Barangay Inayawan on Sunday, February 17, 2019. CDN Digital photo | Tonee Despojo

CEBU CITY, Philippines – Despite the closure of the Inayawan Sanitary Landfill in the past two years, the Bureau of the Fire Protection (BFP) and City Environment and Natural Resources Office (Cenro) believe that the landfill remains to be a fire hazard.

BFP Cebu City Fire Marshall Noel Ababon said that as long as methane gas is still trapped beneath the unused landfill, it can still catch fire.

Ababon also said that if the landfill burns, it will take time to put the fire out because they will need to get through the source of the gas underneath the pile of garbage.

Just like Ababon, Cenro head Nida Cabrera also admitted that the presence of methane gas is an indicator that a fire can still happen in the landfill.

But she said that there is only a minimal chance of a fire since the methane gas has already decreased in the past years.

A sign of this is the vegetation that managed to grow in the pile of trash, which means the area is starting to get back its life.

Cabrera added that once the permanent fence is put up around the landfill, it will further protect it from external factors such as the residences in the area. This also minimizes the chances of fire.

Ababon said that with the residences at a fair distance away from the landfill, fires such as what happened in Sitio Dumpsite in Barangay Inayawan on Sunday, February 17, 2019, won’t also affect the landfill much.

Ababon is also urging the residents nearby the landfill to take the needed precautions to avoid a fire since it will take much time and resources to put the fire out. /bmjo

Read Next
Suroy-Suroy lives up to expectations