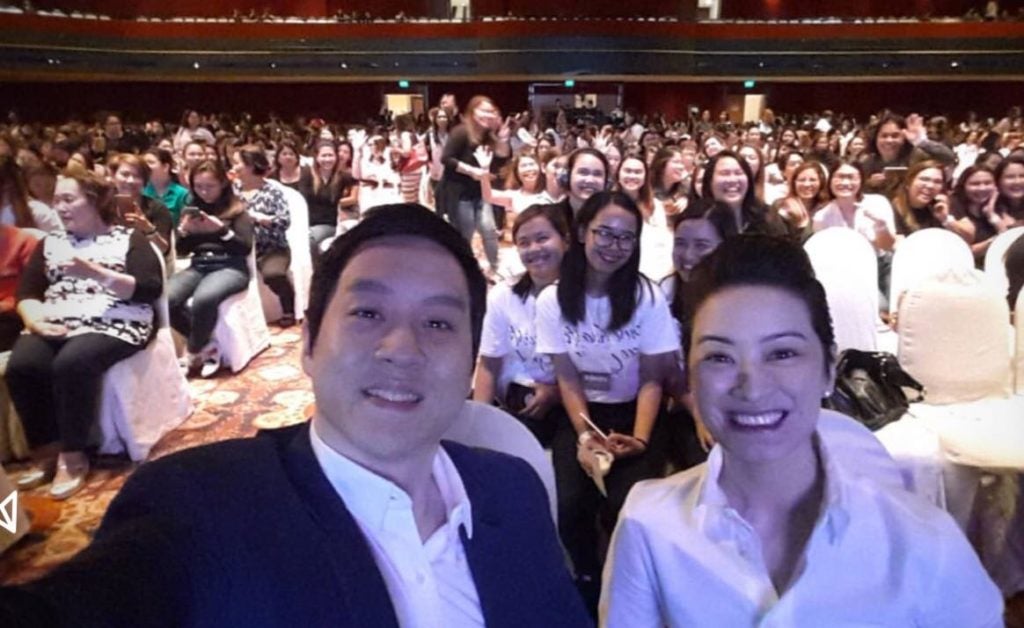 Celebrity couple Richard Poon and Maricar Reyes Poon are the guest speakers of the Colour Me Ladies Conference at the Waterfront Cebu City Hotel and Casino on Saturday, March 2. |Maricar Poon’s IG

CEBU CITY, Philippines — Controlling anger is one of the ways to deal with conflict, and this keeps the relationship healthy.

Celebrity couple Richard Poon and Maricar Reyes-Poon were in Waterfront Cebu City Hotel and Casino on March 2, Saturday, as part of the guest speakers for the Colour Me Ladies Conference attended by 2,500 women around the Philippines.

Both tackled, “Relationship Matters, Ways To Deal With Conflicts” which include practical tips in controlling one’s anger.

For the couple, the “T-Sign” is important when there is an argument.

“Para siyang time out. Ginagawa ko yan kasi the two of us have opposite personalities,” the Kapamilya actress said.

The “T-Sign” works both ways and can help a person.

What she also learned from their mentors is that shouting should never be tolerated at home.

For Richard, it is important to protect the partner who is silent or not used to shouting.

It is also important for couples to mutually agree with fighting rules.

“So you just cannot kick somebody in the head,” Maricar added.

No cutting off sentences

The second tip given by the celebrity couple is no to cutting off sentences.

For Maricar, it is frustrating when a person is not being heard.

If you are not sure if your partner is finished talking, Maricar said, it would also be important to ask them if they were done or not.

Another advice given by the couple is no walkouts.

If one attempts to walk out, it might be weird but Richard advised that it is helpful when you asked permission to your partner that you are walking out.

“It works, nakakatulong siya,” he said.

The celebrity couple tied the knot in 2013.

Richard is a singer and a regular performer at ASAP, a Sunday show at ABS-CBN while Maricar is an actress who appeared in Kapamilya series like “Bagani” and “La Luna Sangre.”

Both are popular in running a Facebook page called, “Relationship Matters PH” which has now 368,000 likes.