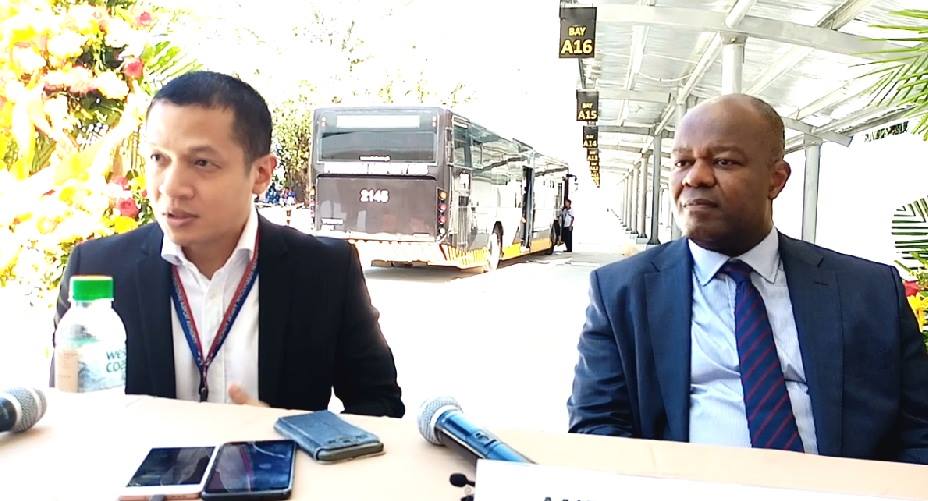 LAPU-LAPU CITY, Philippines—A cable car system between the Mactan Cebu International Airport (MCIA) and Mandaue City will be a good solution to faster access to and from the airport.

According to Dicdican, they met with Fortunato Sanchez Jr., the president of the Socor Construction Corp., who suggested that a cable car system be built between the airport and mainland Cebu.

“I’m favor of a cable car (system) from the airport up to Mandaue because I want to connect the airport directly to some point in Mandaue,” he said.

Since Socor Construction has no financial capability to implement the project alone so there would a need for public-private sector cooperation, Dicdican explained.

Aside from MCIAA and GMCAC, he said they have to bring in other stakeholders like the Philippine Economic Zone and the Armed Forces of the Philippines.

Harrison noted that other mass transport systems such as bus rapid transit and LRT would take longer period before it could be implemented.

In contrast, he said that it would only take between 18 to 24 months to put up the cable car system, that would make use of different sizes of cars.

According to Harrison, the cable car system would complement other modes of transportation since passengers could take a bus, a jeepney or a taxi upon alighting at the cable car station.

While the idea of a cable car system remains under discussion, Dicdican said that if he could, within his term, he would work for the approval or initiation of the project.

“In my opinion, this is one of the better solutions we can immediately undertake,” he added.

Harrison said this could be integrated in the master plan for transportation.

“We think it’s a very good concept. We hope that the LGUs (local government units) and the private sector that can get involved in the project would see the benefit,” he said.

Harrison said their cable car system proposal could be similar to the metro line, wherein there could one line at first and other lines eventually added as needed.

Last year, Socor Construction had suggested that an Aerial Ropeway Transit (ART) project be implemented in Cebu. It has a capacity of 4,000 passengers per hour for each direction, with one cabin carrying up to 10 passengers. Its speed is 22 kilometers per hour, which is faster than BRT or LRT.

The project cost will range from between $20 million and $30 million for each kilometer./dcb