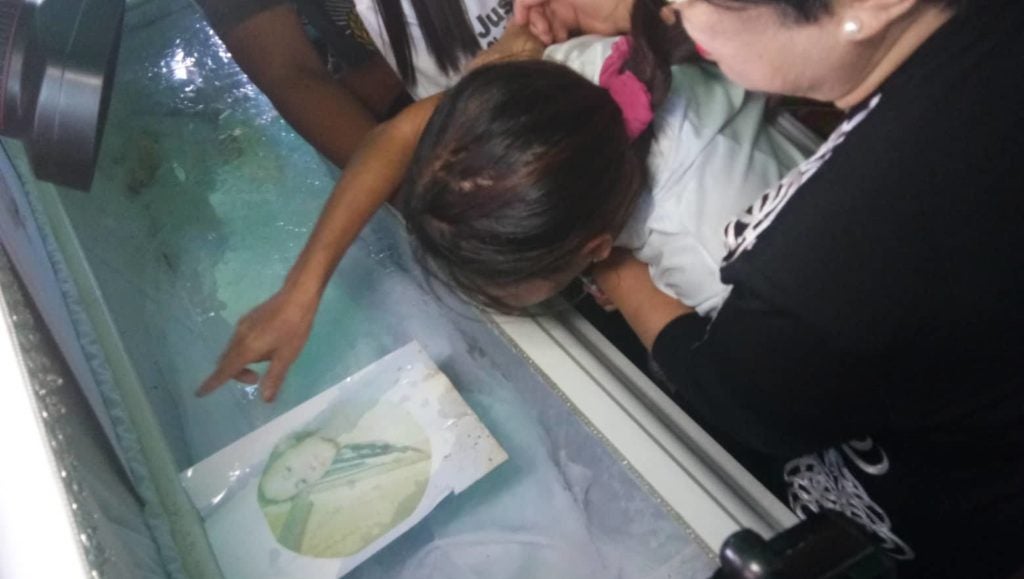 Lourdes Silawan, mother of Christine Lee Silawan, grieves over the casket of her daughter during the burial rites at the Cattleya Cemetery in Cordova Town on March 23. | Delta Dyrecka Letigio

CORDOVA, Cebu, Philippines–Almost two weeks following the gruesome death of 16-year-old Christine Lee Silawan, she was laid to rest at the Cattleya Cemetery in Cordova, Cebu, on Saturday afternoon, March 23.

According to the police, at least a thousand mourners joined the Silawan’s family wearing #JusticeforChristine shirts in condemnation of her death and the manner of her death.

Christine’s aunt, Hermina Silawan Garcia, said in her eulogy that the family was united in the goal of finding justice for Christine.

(“Help us seek justice for the death of Christine,” said Hermina.)

Christine’s grandfather, Suylo Silawan, said that even with the death penalty, if the law enforcement agencies could not find the ‘right’ suspects, justice would not be properly served. 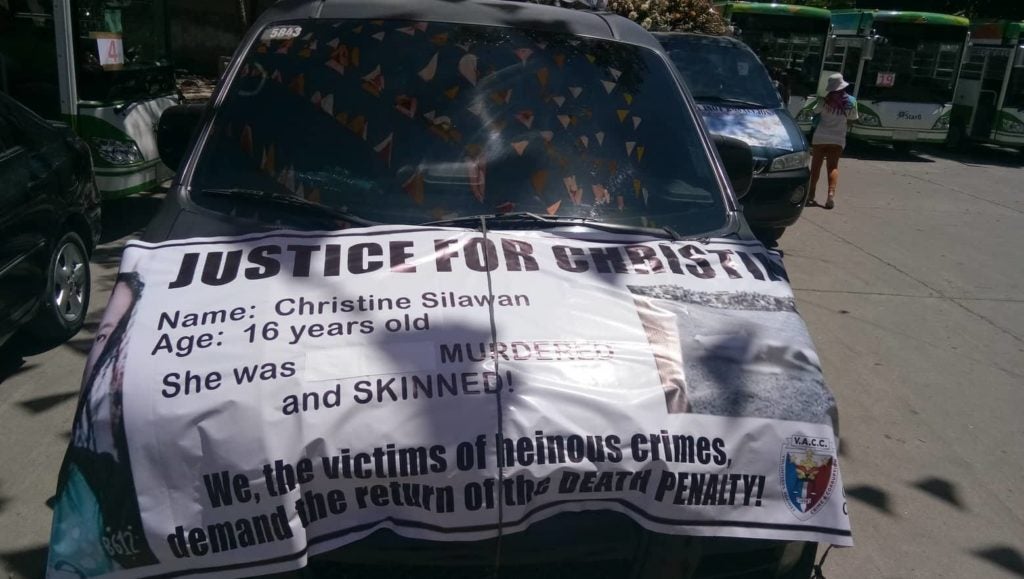 A sign calling for the reimposition of the death penalty is placed at the front of the hearst carrying Christine Lee Silawan’s body during her burial on March 23. | Delta Dyrecka Letigio

But while the family was calling for justice for the death of Christine Lee Silawan, the 17-year-old suspect was released at about 12:45 p.m. from the Home Care Facility of the Lapu-Lapu City Social Welfare and Development where he was detained.

The Lapu-Lapu City Prosecutors Office issued an Omnibus Motion for his release on the ground that his arrest did not follow legal procedures.

Meanwhile, at Christine Lee Silawan’s burial, Christine’s mother, Lourdes, sobbing through the service, cried foul over the gruesome state of her daughter whose face she could not even see as it was wrapped in a white cloth to cover her skinned face.

“Nganong gibuhat man ni nila sa imoha? (Why did they do this to you?)“ cried Lourdes over the corpse of her daughter.

Lourdes said that her daughter was treated like an “animal” and was “stripped” of the right to die peacefully.

In the middle of the burial rites, Lourdes lost consciousness and had to be taken to the Emergency Medical Response Team van to recuperate.

She was able to recover in time to bring Christine to the grave. 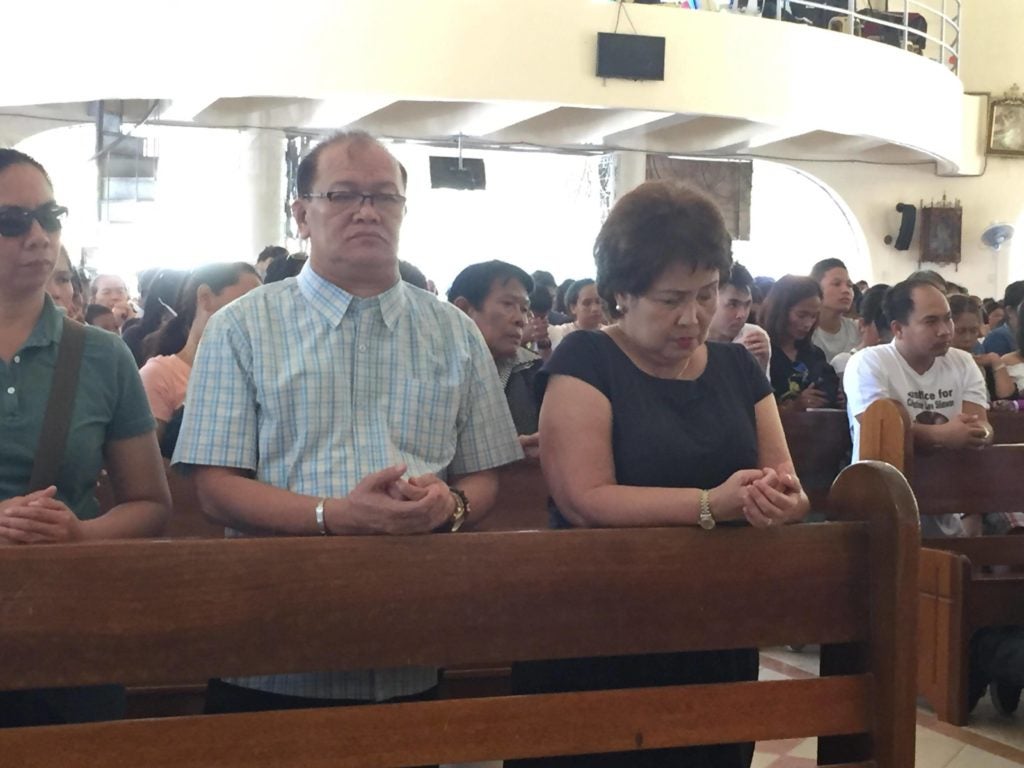 Lapu-Lapu City Mayor Paz Radaza is among those who attended the burial of Christine Lee Silawan on March 23. | Delta Dyrecka Letigio

At least 25 e-jeepneys were provided for the transportation of the public who went with the burial caravan.

Radaza said that they would continue to provide help for the family while the investigation continued./dbs