Drug suspect killed in shootout with cops in Talisay 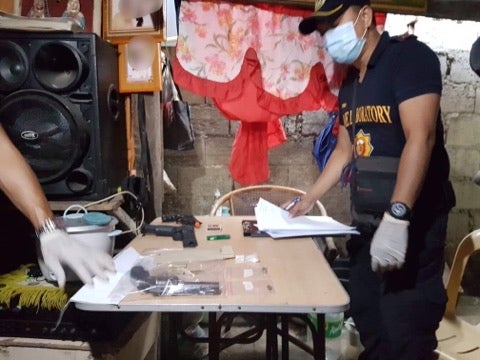 TALISAY CITY, Cebu, Philippines — A 28-year-old drug suspect died after he chose to shoot it out with police officers at dawn on Saturday, March 30, than to have his house searched for illegal drugs.

Eric Ruiz of Sitio Sta. Cruz, Barangay Lower Mohon in Talisay City was fatally wounded during the return fire of police officers from the Talisay Police Station out to serve a search warrant against Ruiz to have his house searched.

Major Ardioleto Cabagnot, Talisay Police Station deputy commander, told CDN Digital that a team of police officers were about to serve a search warrant against Ruiz, but as they approached him, Ruiz allegedly fired at the police officers, which prompted them to fire back at him.

Cabagnot said that the warrant to search Ruiz’s house was issued by Judge Jacinto Fajardo of the Talisay City Regional Trial Court Branch 68 on Friday, March 29.

After the shootout, Cabagnot said they proceeded to search Ruiz house and found a pack of suspected shabu and illegal drug paraphernalia.

They also confiscated the .38 caliber revolver that Ruiz allegedly used in the shootout with police officers.

The shootout was the second time in Talisay City in a span of six days. Last March 25, a drug suspect and his common law wife were killed during a shootout with police officers in Sitio Mananga, Barangay Tabunok.

Ruiz was detained in jail for a week and was released after posting bail about two months ago, said Patricia Ruiz, 57, the mother of the dead drug suspect.

Cabagnot said that Ruiz was a level 3 drug pusher in their list, which meant that the dead suspect could dispose at least 300 grams of suspected shabu in a week./dbs

Read Next
Entrepreneur Of The Year search is on