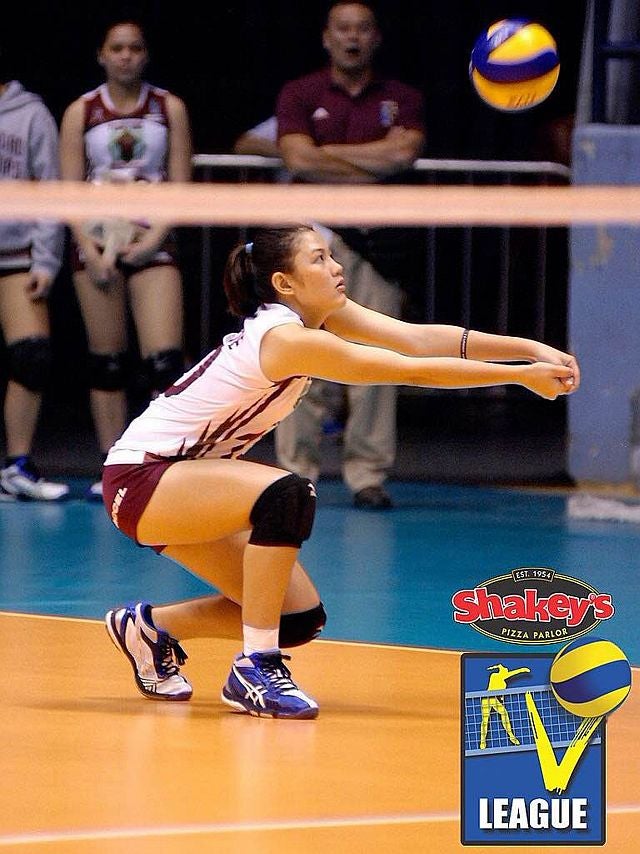 CEBU CITY, Philippines – As painful as her ankle felt when she landed on it awkwardly in their game versus Ateneo de Manila last weekend in the UAAP women’s volleyball tournament, University of the Philippines star spiker and Cebuana, Isabel Molde, said the thought of missing games during this very crucial stretch of the tournament hurt even more.

Fortunately, the injury was ruled to be just an ankle sprain. It remains to be seen however, if Molde will be fielded in on Saturday, April 6, against Far Eastern University in a match with massive Final Four implications.

UP is locked in a triple tie with University of Santo Tomas and FEU for the third spot with all teams boasting of identical 6-4 records.  In an exclusive talk, the former UAAP Rookie of the Year recalled how disappointed she felt at the thought of missing games.

But just because she’s sidelined did not mean Molde spent her time sulking. Instead, she became one of the team’s most enthusiastic supporters, especially after witnessing the joy and confidence displayed by her teammates in their last game.

As it is, there has been no word whether Molde will be fielded in by UP head coach Godfrey Okumu in Saturday’s game.

“Hindi ko po alam kay coach sa plans niya for me and for the team.”/dcb