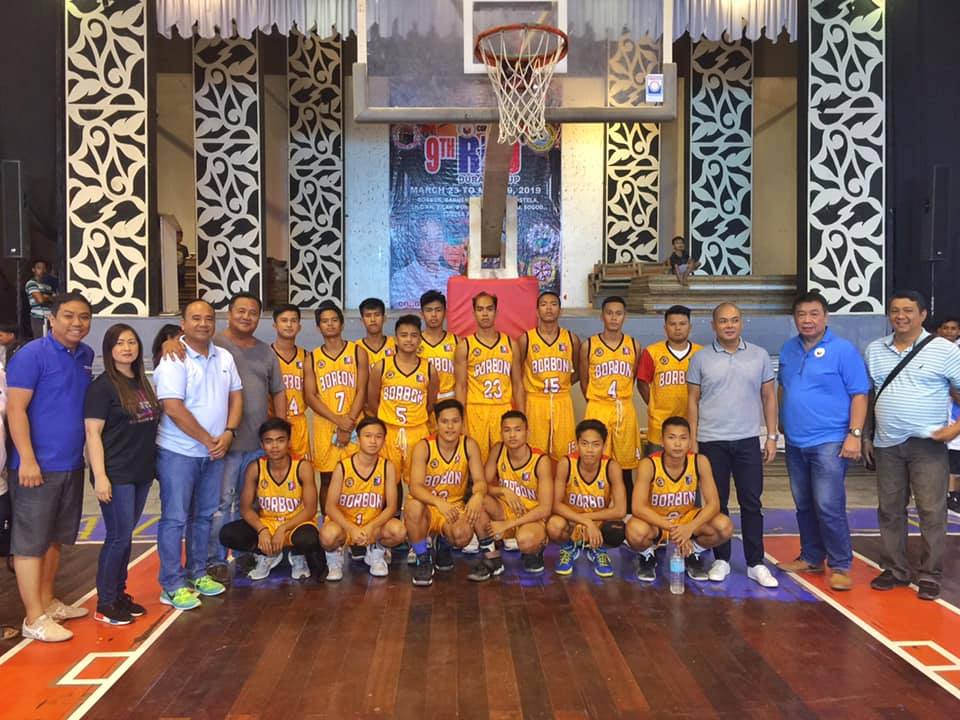 Cebu City, Philippines — Borbon and Compostela remained within striking distance of the league-leaders as they logged in victories in the 9th Congressman Red Durano Cup last Monday, April 8, 2019, in Catmon.

Borbon and Compostela’s wins gave them similar 3-1 win-loss records to stay close to Danao City and Carmen, both of whom have clean 4-0 marks.

Borbon proved to be rude visitors as they handed the host, Catmon, a 65-59 loss. Kobe Cole led the way for the winners with 11 points while Niko Punay put up 10 markers.

Catmon actually led for most of the way but Borbon’s endgame push proved to be the difference-maker in the tightly-contested match. Wilfred del Mar paced Catmon with 22 points while Klarenz Sonsona added 17 but it was not enough to keep them from falling to 1-4.

Meanwhile, Compostela rallied in the fourth to squeak past Sogod, 68-67. Compostela trailed, 50-55, but outscored Sogod, 18-12, in the last 10 minutes of play to come away with the win.

Kobe Paradiang tallied 19 points to lead Compostela while Jungie Casas helped him out with 13. Sogod dropped to 1-3. /bmjo