Palma tells priests to have close relationship, listen to the people 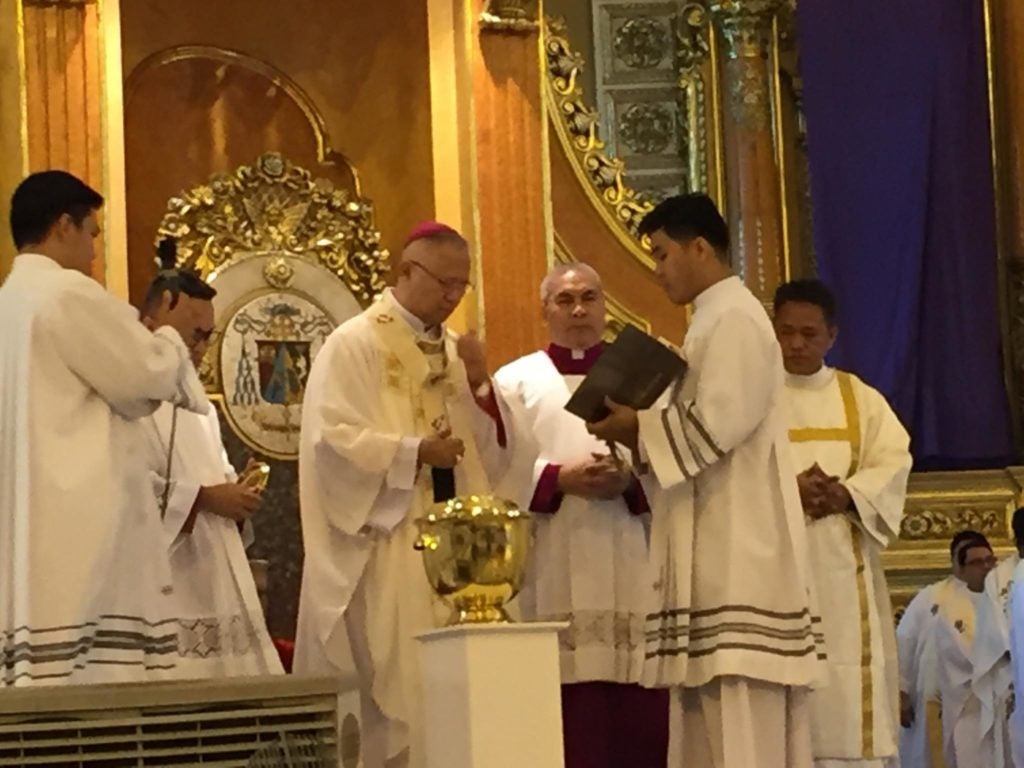 Cebu Archbishop Jose Palma celebrates the Chrism Mass at the Cebu Metropolitan Cathedral. The Chrism Mass is celebrated with the renewal of vows and commitment of priestly service.| Rosalie O. Abatayo

CEBU CITY, Phiilippines — Remember that we belong to God and preserve closeness to His people.

Cebu Archbishop Jose Palma has called on priests to live their vocation vows of committing their lives to God and to the communities that they serve as the religious ministry enters into the observance of the Holy Week.

(All of us are called to renew our vows, and I would like us to reflect on two words from Pope Emeritus Benedict XVI and Pope Francis.)

“From Pope Benedict XVI, mga hinigugma, may we all be reminded that we belong to God, kita tanan nga binunyagan. Tingali kakahinumdom kita, part of our ordination [rites] is when we place our hands on the hands of the bishop, it is a simple gesture that we commit ourselves to God,” he added.

(All of us, my beloveds, belong to God. If we remember during our ordination, we place our hands on the hands of the bishop as a simple gesture that we commit ourselves to God.)

During last year’s Chrism Mass, Palma, who also celebrated the Mass, encouraged the priests then to rediscover the joy of priestly vocation.

Read more: Palma to priests: Rediscover the joy of priesthood

During today’s, April 11, Chrism Mass, Palma encouraged the priests to continue being faithful to the vows despite temptations that might arise as they would spend a longer time in the ministry. 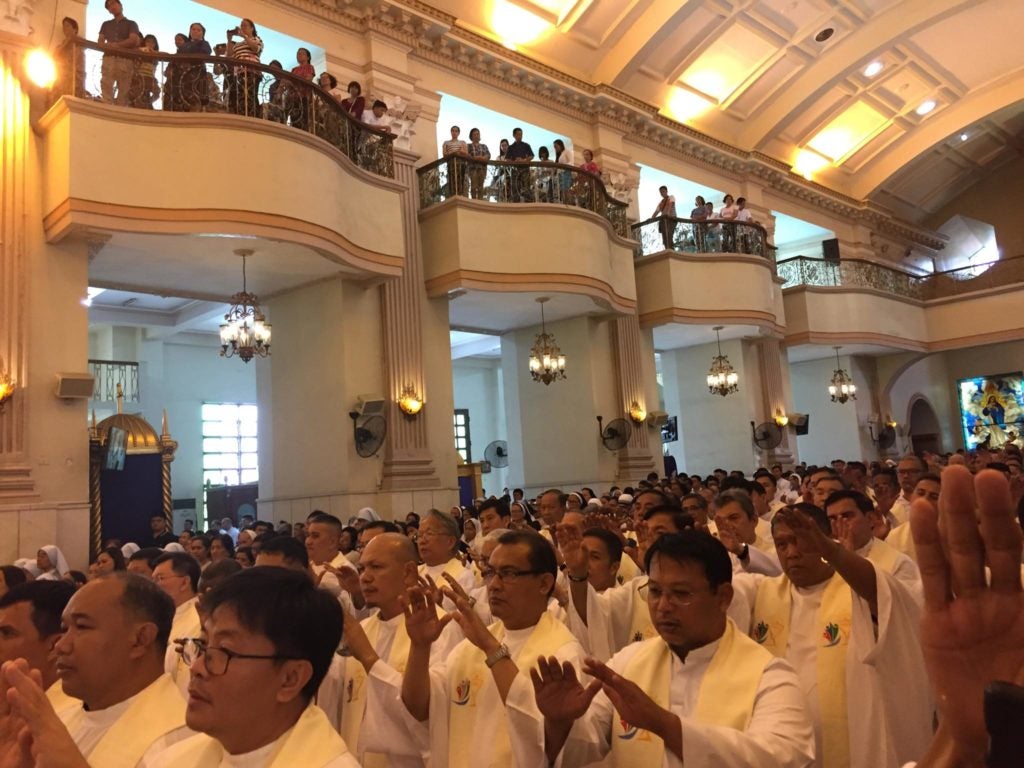 At least 700 priests renewed their vows and commitment for priestly service during the April 11, Chrism Mass at the Cebu Metropolitan Cathedral. | Rosalie O. Abatayo

Pope Francis also said that as representations of the Church, the priests should maintain their closeness to the people and listen to their needs similar to how Jesus Christ lived.

On Thursday, April 11, at least 400 diocesan priests and 300 religious priests from the Archdiocese of Cebu has renewed their commitment to the priestly service during the Chrism Mass held at the Cebu Metropolitan Cathedral.

The Archdiocese of Cebu is composed of 169 parishes in 24 vicariates spread throughout its seven districts./dbs

Read Next
PSC to conduct coaches orientation on Saturday