NYD in Cebu: Palma asks public not to be afraid because of Sri Lanka bombings 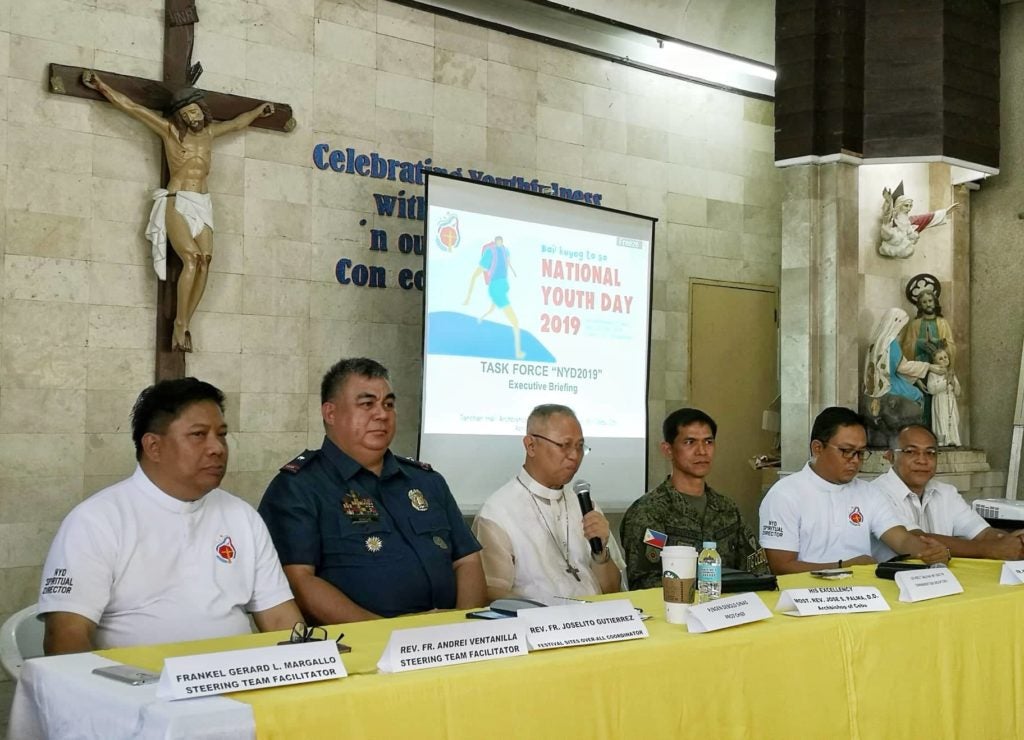 Cebu Archbishop Jose Palma leads the final orientation for the National Youth Day at the Archbishop’s Palace. With him are other stakeholders including Police Colonel Debold Sinas of the PRO-7. CDN Digital | Tonee Despojo

Cebu City, Philippines—Cebu Archbishop Jose Palma urged the public not to be paralyzed with fear because of the recent bombings in Sri Lanka that killed at least 200 people on Easter Sunday.

The prelate said this during a press conference for the National Youth Day (NYD), which Cebu hosts starting Tuesday, April 23, 2019.

Around 12,000 pilgrims are expected for the 5-day activity.

Palma said the NYD will continue as planned despite the fear brought about by the tragedy in Sri Lanka, but it will be celebrated with additional precautions.

Palma said he trusts the Philippine National Police and the Armed Forces of the Philippines for the safety of the pilgrims, volunteers, and host families.

Rev. Fr. Conegundo Garganta, one of the team leaders of the NYD, reminded the pilgrims to have fun as he expects the energy of the youth to create a “faith explosion” not only in Cebu, but also around the country. /bmjo

Read Next
Cebu under red alert for National Youth Day