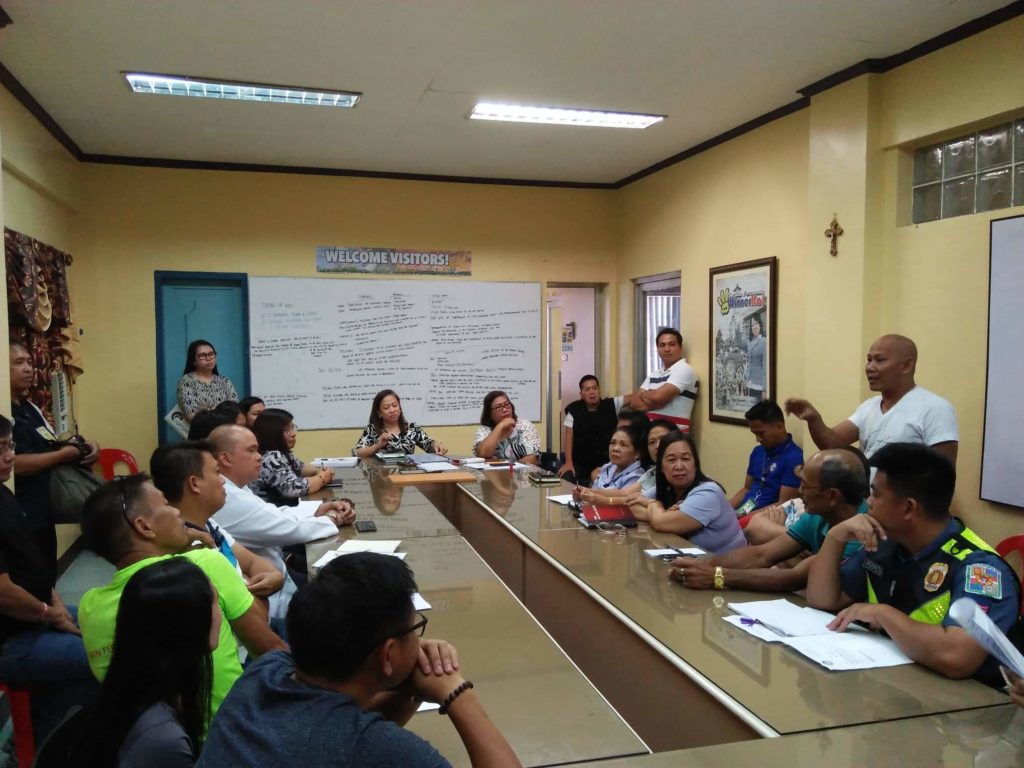 During the meeting held on Tueday, April 23, the POC agreed to create Task Force Kahapsay ug Kalinaw, which will be composed by the Mayor as head of the POC, representatives of the business sector, barangay officials and other concerned citizens.

Felomino Leyson, president of the San Fernando Purok Federation, said some of their allies are being tagged as drug protectors. Such accusation, he said, is dangerous.

Leyson told CDN Digital in a phone interview that he has been receiving threats as well.

Leyson also said that the business sector during the meeting voiced out that the threats is not friendly to the business environment especially when customers and potential investors are concerned of their safety.

Pasquin encouraged those who received threats to formally report the incidents to the police so they can properly act on these complaints.

(We will not know about these threats if they do not report to us. We are open 24 hours. If there are threats, we should it in record.)

Mayor Reluya speaks out, calls husband’s ambush-slay a ‘barbaric act’ and vows she will not be cowed

READ MORE: Mayor Reluya speaks out, calls husband’s ambush-slay a barbaric act, vows she will not be cowed

Pasquin said only two persons have reported the alleged threats to their station.

Among them was Leyson and the village chief of Barangay Sangat. / celr