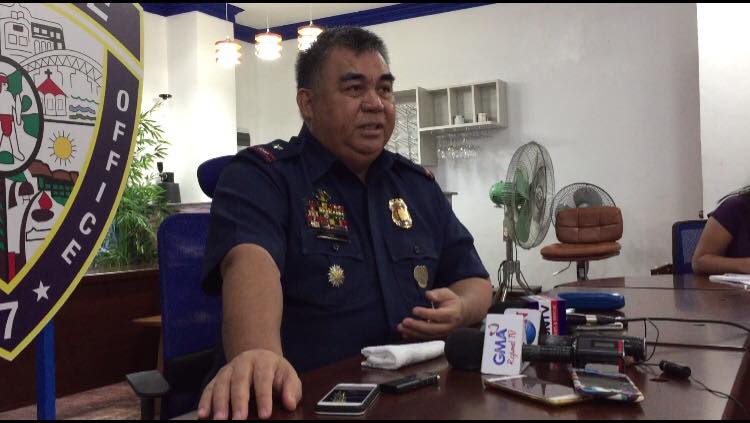 CEBU CITY, Philippines — The police have already identified a prime suspect in the ambush against San Fernando Mayor Lakambini Reluya and her group on January 22 in Talisay City where the mayor’s husband, Panadtaran Barangay Captain Ricardo “Nonoy” Reluya, and two others were killed.

Chief Superintendent Debold Sinas, Police Regional Office in Central Visayas director, confirmed this development on the case in a press interview at the sidelines of the Security Summit in Oslob town in southern Cebu on Sunday, February 3.

However, Sinas begged off from giving more details on the case since they had yet to inform the Reluya family on this development.

“We have already the prime suspect. Naa na mi ngadto mga diagram. But we will not present it to the media until we have presented it to the family,” Sinas said.

Mayor Reluya and her husband along with four others were on board a white van en route to Cebu City when they were intercepted by unknown perpetrators in Barangay Linao in Talisay City.

Nonoy Reluya, who is also the San Fernando town’s Association of Barangay Council’s president; Allan Bayot, their driver; Ricky Monterona,  municipal investment and promotions officer; were killed in the attack.

Mayor Reluya and two other companions survived the attack.

Read more: Mayor Reluya speaks out, calls husband’s ambush-slay a ‘barbaric act’ and vows she will not be cowed

Sinas said it would be unfair if the family would just learn about the case progress through the media.

“Ang approach namo, we have to talk with the Reluya family, and we will see basin naa pa silay ikadugang. Then that will be the time nga whether mo-join sila sa press con o dili. We will present it to the public,” Sinas added.

Read Next
Dino to ask UK to lift travel advisory vs southern Cebu; assures no terror threat exists in the south