NBA UPDATE: Raptors move on after Game 5 win over Magic 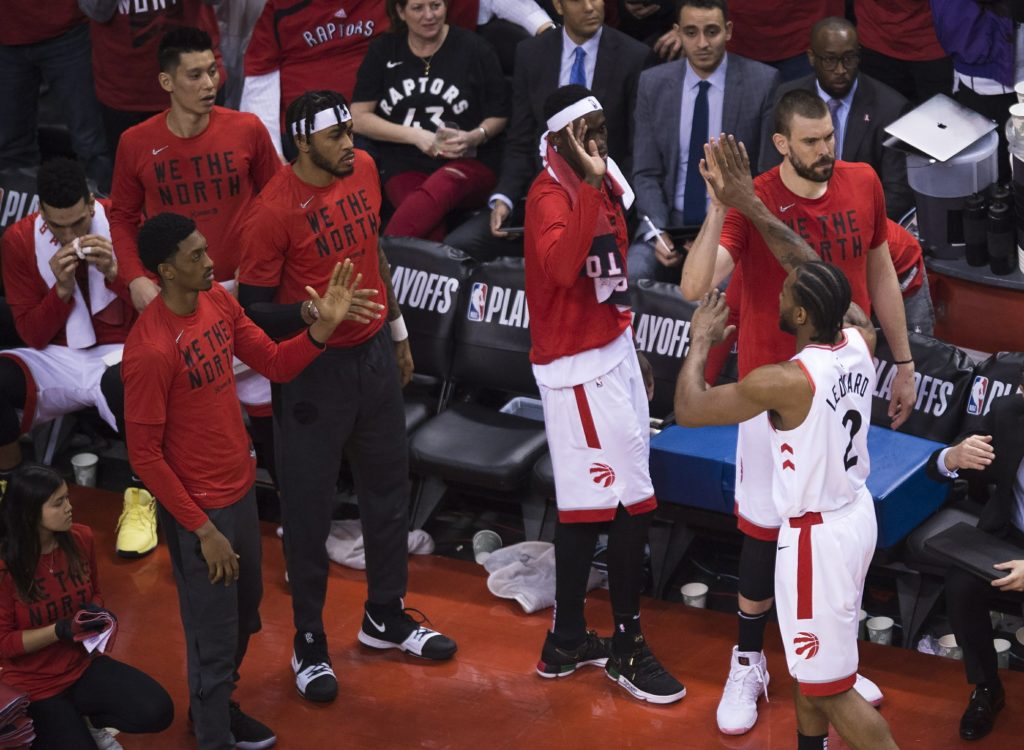 The Toronto Raptors will move on to the next round of the NBA Playoffs after ousting the Orlando Magic in Game 5. | AP photo

Kyle Lowry scored 14 points as the Raptors finished off the Magic with ease, bouncing back from a Game 1 defeat to win by double-digits in three of the next four. Toronto led by as many as 37 in the clincher, their biggest-ever margin in a playoff game.

It’s the fourth straight year the Raptors have reached the second round.

Leonard made 8 of 11 shots, including 5 of 5 from 3-point range, as the Raptors jumped on Orlando early and never trailed. Leonard also made all six of his free throws. He checked out to cheers of “MVP, MVP” with 8:05 to play and Toronto up 105-75.

D.J. Augustin scored 15 points, Terrence Ross had 12 and Aaron Gordon 11 for the Magic, who won 104-101 on Augustin’s late 3-pointer in Game 1 but never again topped 96 points against Toronto’s dominant defense, and twice finished with 85 or fewer.

The Magic hadn’t reached the postseason since 2012. That year, Orlando won its opener on the road against Indiana, then lost four straight. The Magic haven’t advanced past the opening round since 2010, when they lost to Boston in the Eastern Conference Finals.

Lowry scored Toronto’s first nine points and had 12 in the opening quarter. Orlando missed 10 of its first 11 shots and went 0 for 7 from 3-point range in the first. Toronto was up 35-19 after one.

The Magic missed 11 straight from long range before Fournier connected at 7:55 of the second. Toronto answered with a 6-0 spurt, opening a 50-29 lead with 6:48 to go until halftime. Leonard and Siakam each had seven points in the second and the Raptors held a 67-47 lead at the intermission.2

Lowry left at 2:41 of the second and headed to the locker room after appearing to jam a finger on his right hand. He returned to start the second half.

Toronto took a commanding 99-70 lead into the fourth. /bmjo

Read Next
The Power of the Pole