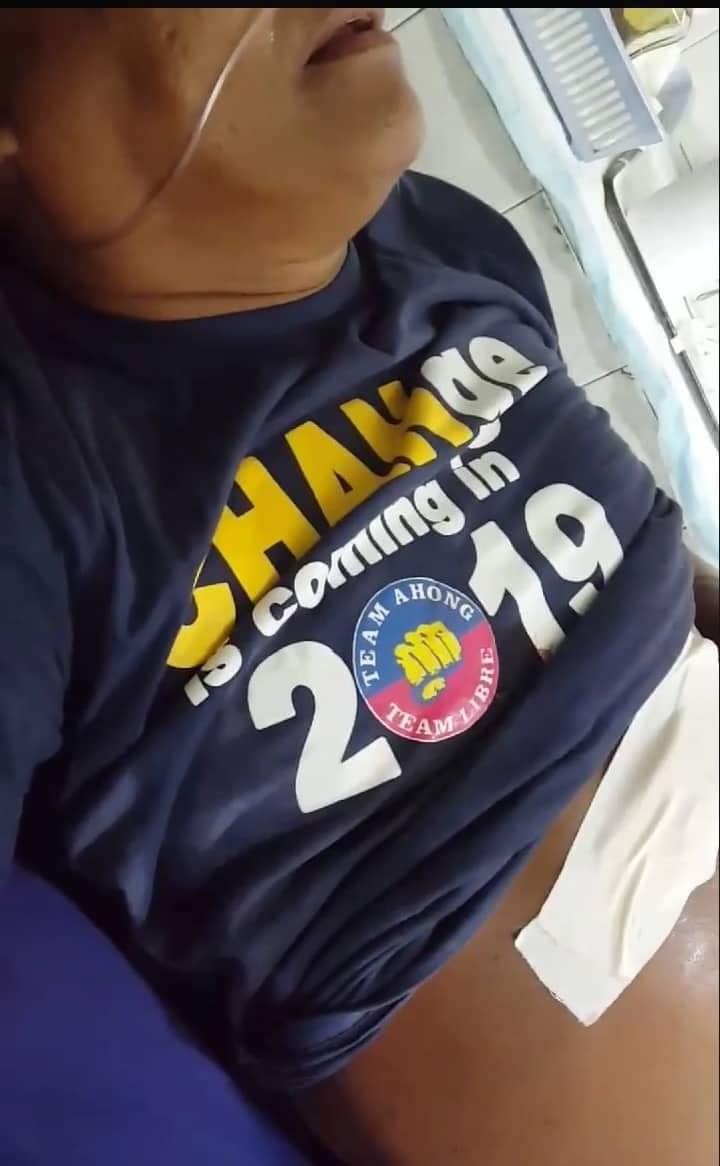 CEBU CITY, Philippines — One of the campaign leaders of  Lapu-Lapu City mayoral candidate, Junard “Ahong” Chan, was shot in the stomach past 8 p.m. on Saturday, April 27.

Staff Sargeant Galser Reales, the investigator of the case, said the victim, Cesar Ybañez Siaton, was tending to a car outside the Babag barangay hall when an unidentified assailant onboard a motorcycle shot him in the stomach.

Initial report by the Police Station 3 of Lapu-Lapu City said that Siaton was shot dead.

But Reales clarified that Siaton was immediately brought to the hospital for medical attention.

Reales said that a slug of .45 caliber pistol was found in the vicinity of the crime scene and witnesses in the area said they heard a single gun shot.

The police will be looking into the closed-circuit television footage in the area to identify the perpetuator.

Chan, on his Facebook page, confirmed that Siaton is one of his campaign leaders and that he was shot after a campaign sortie in the barangay.

Siaton was brought to the Lapu-Lapu City Hospital  but the attending physician advised that the patient be brought to Vicente Sotto Memorial Medical Center in Cebu City.

(It was unfortunate that when we brought him to the Lapu-Lapu City Hospital, the doctor advised that he be transferred to Vicente Sotto Memorial Medical Center. But the ambulance does not have a driver. How unfortunate this hospital is!) / celr