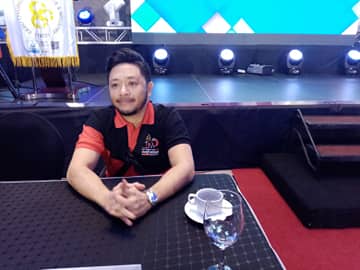 CEBU CITY, Philippines—Cebu should seriously look at the possibility of becoming a film-making hub amid growing demand for original content.

“I think the potential for Cebu of becoming a hub or as a center for film and media production is considerable, especially (since) we have an airport right there,” said Mel Allego, president of the Cebu International Film Festival (Cebu.IFF).

“The Cebuano community speaks English well. We have a lot of stories (to tell), ” he added.

Allego, however, noted that the local film community looks at film just as an art.

“I think that will be changing now that it’s commercially viable. There’s a whole eco-system. Aside from the talents who are directly involved, there’s also the support industries like hotel accommodations, transportation, food services,” he said.

Aside from these, Allego noted that having film production held in Cebu would also help the tourism industry.

To help local film producers, Allego said they would be inviting distributors, producers and financiers from all over the world for this year’s Cebu International Film Festival scheduled in September “to listen to our stories and to help cultivate our ideas, our stories, to give it an audience outside of the Philippines.”

He stressed, however, the need for local filmmakers to meet international standards, such as sound and picture quality.

“I think it’s just upping our talent to that level because we already have the stories.”

Allego clarified that local filmmakers only need to improve in the area of execution and using the tools that they have.

The Cebu.IFF will hold an event to signal the launch and promotion for the Cebu.IFF 2019 in June 1 as part of the Cebu Business Month 2019 activities.

The Cebu.IFF Curtain Raiser, which will be held at the Robinson’s Galleria Cebu Cinema, will feature the winning films of the 2018 competition.

With the theme “Celebrating 100 years of Philippine Cinema,” it envisions to further support the development of Philippine-produced films that have a global reach.

“Our goal is to make sure we could get talents to stay here and for people to realize, especially in Cebu, that film is not just an artistic endeavor. It is an industry where people can make money, people can survive,” Allego pointed out./dcb

Read Next
Tomas tells Garma: We will not back down