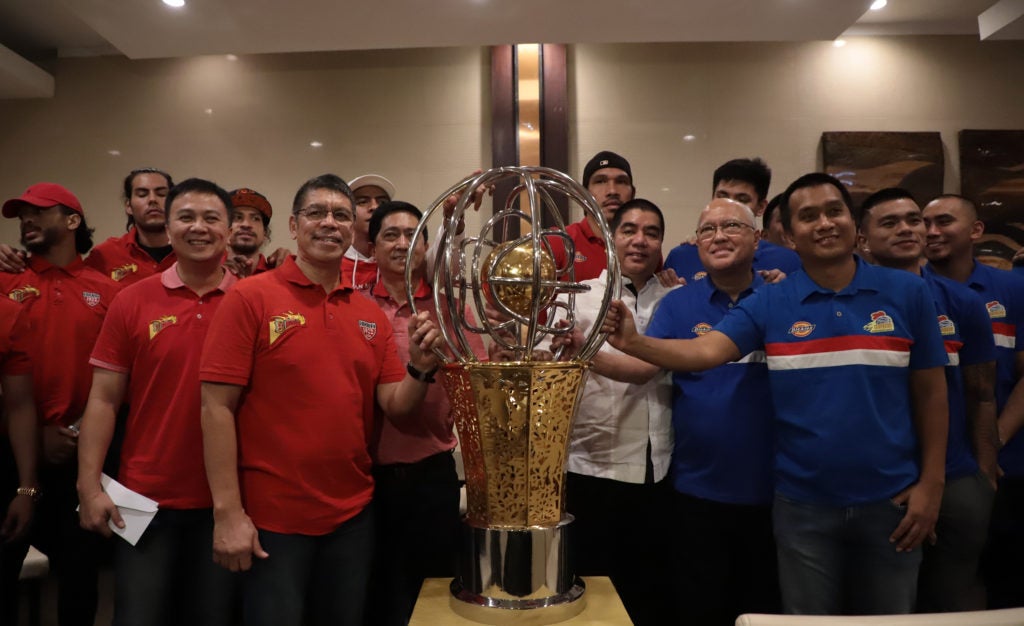 The San Miguel Beermen and the Magnolia Hotshots pose for a group photo in the final press conference for the finals. Contributed photo | PBA Images

There’s no doubt that Magnolia took the harder route going to the PBA Philippine Cup Finals.

Starting out 0-3 to finish sixth in the elimination round, drawing hulking Barangay Ginebra in the quarterfinals and taken the full route by the Gin Kings, there was still no respite for the weary Hotshots as they battled it out against Rain or Shine through seven tough games in the Final Four.

But Victolero feels that it can work both ways for his intrepid crew as they open up the best-of-seven title playoffs opposite well-rested powerhouse San Miguel Beer Wednesday night, May 1, 2019, at the Smart Araneta Coliseum in Cubao.

“At least we’d still be enjoying a rhythm of sorts,” Victolero said of his team’s tight schedule as they try to unseat the mighty, four-time defending champion Beermen starting with the 7 p.m. contest.

“But it’s also a disadvantage, because we needed to extend our minutes and our legs, our energy, our mental fortitude were all affected (playing those long series).”

That slow start to the conference—possibly brought about by championship hangover from the Governors’ Cup—required the Hotshots to string up crucial victories to wind up in the middle of the playoff pack that almost zapped the strength out of them.

Through all that, Magnolia will come into this best-of-seven series after just two days’ rest. Game 7 against the Elasto Painters, by the way, also went into overtime.

But more than being fatigued or what have you, Magnolia’s greatest problem will be what no team has been able to touch with a 10-foot pole in this conference for the last four seasons.

Read Next
Teachers to Duterte: Raise pay as promised