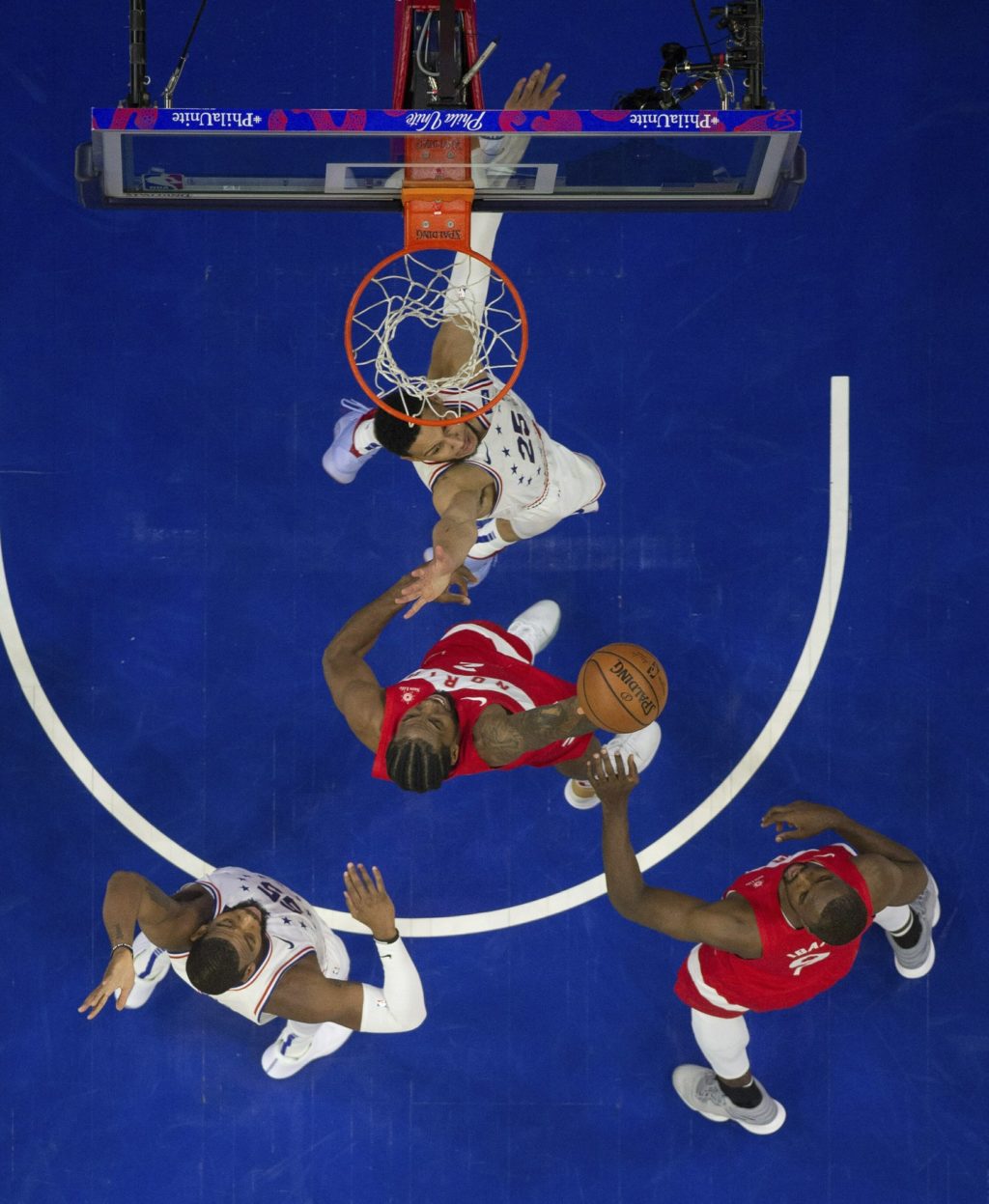 Kawhi Leonard of Toronto drives to the basket in Game 4 of the Eastern Conference semifinals. | AP photo

PHILADELPHIA — Kawhi Leonard scored 39 points, including a clutch 3-pointer with 1:01 left, to help the Toronto Raptors beat the Philadelphia 76ers 101-96 on Sunday (Monday morning, Philippine time) and even the Eastern Conference semifinal series at 2-2.

Game 5 is Tuesday night in Toronto.

Jimmy Butler scored 29 and JJ Redick had 19 for Philadelphia. The 76ers are trying to reach the conference finals for the first time since Allen Iverson led them to the NBA Finals in 2001.

Toronto, which earned the No. 2 seed after winning 58 games, has been bounced out in the semis two straight seasons.

Joel Embiid struggled after scoring 33 points in Philadelphia’s 21-point victory in Game 3, The All-Star center only had 11.

Butler banked in a 3-pointer from the top of the circle as the shot clock expired after briefly losing the ball to give the Sixers an 84-81 lead in the fourth. But Gasol answered with a 3 to tie it and the Raptors went up 89-85 on Leonard’s jumper. Butler and Leonard traded a pair of free throws before Redick hit a 3 to cut it to 91-90 with 2:07 left.

Following a turnover, Embiid missed a layup. Leonard then nailed a step-back 3 to put Toronto up 94-90. Danny Green made four free throws in the final minute to ice it.

Playing before a raucous crowd, the Sixers failed to take control of the series and now must win at least one more game on the road to advance.

Serge Ibaka made the defensive play of the game in the second quarter, racing back down the floor to reject Tobias Harris during Philadelphia’s 3-on-1 fast break. But the Raptors missed a shot on the opposite end and Embiid answered with an emphatic dunk.

Leonard scored six points during a 13-0 run in the first quarter to help the Raptors take a 22-11 lead. But the Sixers outscored Toronto 10-2 to cut the deficit to 24-21 after one. /bmjo