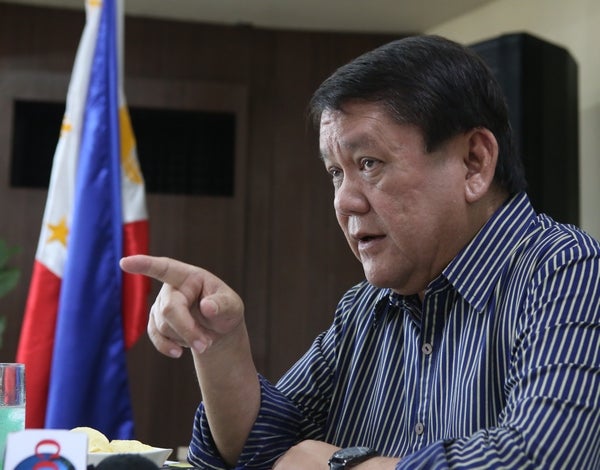 “Do not vote for me,” incumbent Cebu City Mayor Tomas Osmeña tells supporters if they fear about their safety and security in their respective villages. | CDN File Photo

CEBU CITY, Philippines–Incumbent Cebu City Mayor Tomas Osmeña told supporters to not vote for him if it means putting their lives on the line.

Osmeña made this statement a day after another strafing incident transpired at 11:30 p.m. on Saturday, May 4, 2019, in Barangay Sudlon 1.

READ: House of BO-PK supporter strafed, another was slapped on the face

A group of unidentified men, armed with pistols, reportedly went to the house of Amor Cabiles, head of the Barangay Mayor’s Office.

About the same time, another group of unidentified men forcibly opened the wooden door of Dennifer Aguilar and slapped her several times on the face. The men reportedly fired shots on the air before the left.

Aguilar is the head of the barangay’s Violence Against Children (VAC) office.

The past weeks, the same incidents have been reported in the mountain barangays of Sinsin and Sudlon II.

Osmeña said it is understandable that people will fear for their safety.

The mayor said people in the mountain villages are afraid to even go out of their homes because of the alleged threats coming from unidentified men.

“I told them if you cannot handle it, it’s okay. I don’t want them to get hurt,” said Osmeña in a press interview after the BO-PK’s miting de avance on Sunday, May 5, 2019.

Despite the spate of strafing incidents involving BO-PK supporters and officials, Osmeña said he does not feel threatened by the show of violence.

He once again criticized the presence of checkpoints in almost all of the places that he goes.

“I’m the only mayor who has a tail. Everywhere I go, there is always a checkpoint, and it’s not on the main road, it’s wherever I go,” said Osmeña.

Police Colonel Royina Garma, director of the Cebu City Police Office, said the presence of these checkpoints is to set up safety and security measures that are based on their intelligence reports.

Garma said she cannot divulge the details of the intelligence reports.

She, however, noted that police presence is meant to protect Osmeña.

“May miting de avance siya. The only way we can help him and protect him is to make sure that the perimeter, where he is, is safe,” she said. / celr

Read Next
Jessie Kevin Lagapa: The pilot who will be looking down from the skies forever