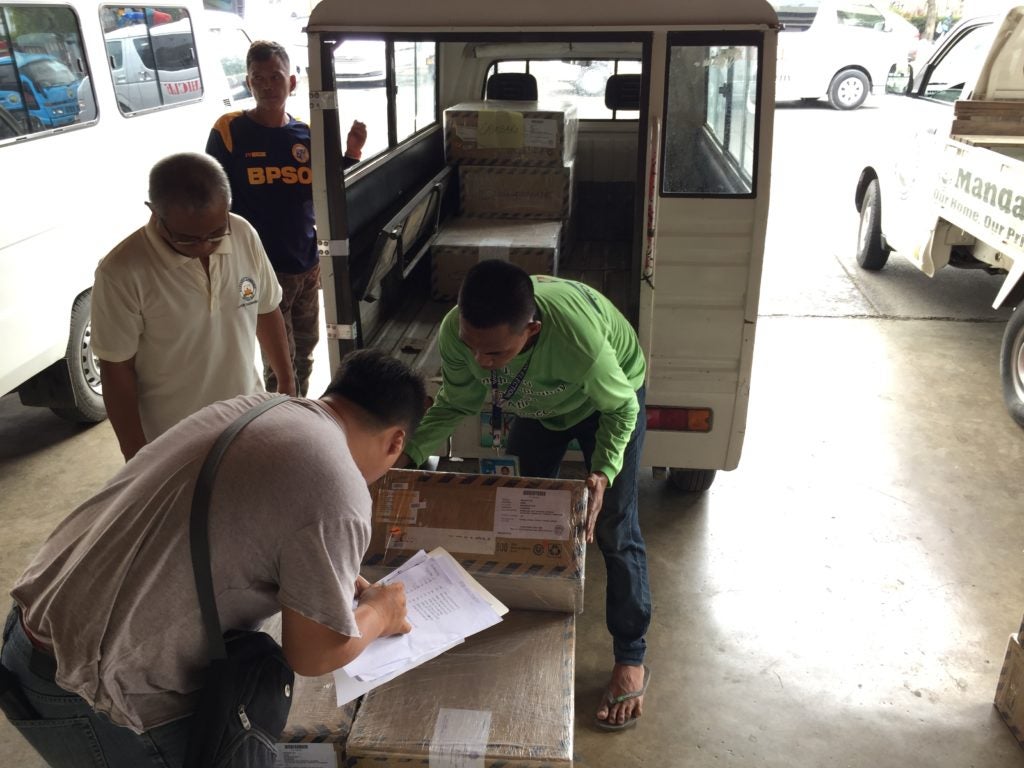 Personnel from the Commission on Elections (Comelec) Mandaue City office load the VCMs and VRVMs to a waiting vehicle that would carry these to the different voting centers. /Rosalie O. Abatayo

MANDAUE CITY, Philippines — Vote counting machines (VCMs) and voters registration verification machines (VRVMs) that will be used in Monday’s election were already sent to the different precincts in Mandaue City for use in Monday’s midterm election.

Unmindful of the Thursday morning drizzle, policemen from the Mandaue City Police Office (MCPO) escorted personnel from the Commission on Elections (Comelec) Mandaue City office during the delivery of the VCMs and VRVMs to the assigned polling centers in the city.

Mandaue City has a total of 27 voting centers that houses 244 polling precincts.

The equipment were received by the Department of Education Supervisor Officials (DESOs) of each voting center. At least four uniformed policemen will secure each of the 27 voting centers starting today, May 9, and until Monday’s election.

On Friday, May 10, members of the Electoral Board (EB) are set to conduct the final testing and sealing of the VCMs.

The official ballots will be delivered by the City Treasurer’s Office to the voting centers starting at midnight on Monday, May 13. CTO will continue to secure the ballots and other election paraphernalia until the election day./dcb