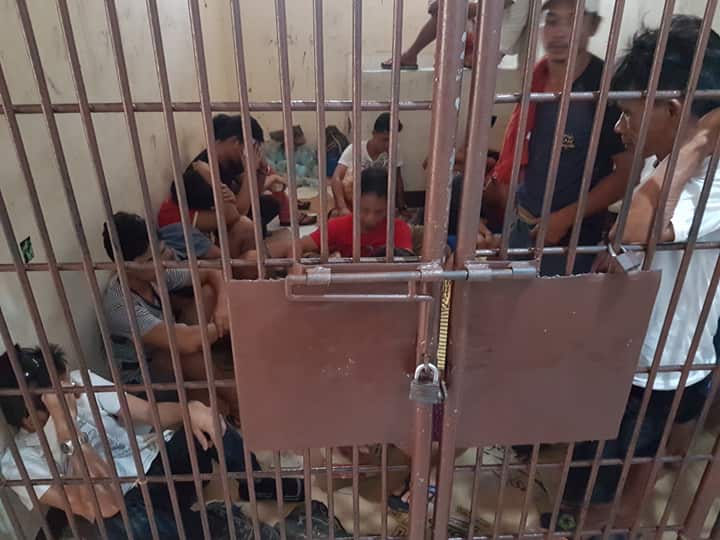 A total of 13 individuals were jailed at the Waterfront Police Station in Cebu City  for violation of the liquor ban. /Benjie Talisic

CEBU CITY, Philippines – At least 42 individuals were arrested by Cebu City police for violation of the liquor ban which started at midnight today, May 12.

The 48-hour liquor ban was implemented starting at midnight today and will continue until 11:59 p.m. on May 13, Monday. This covers the prohibition against drinking and selling of liquor./dcb

Read Next
A Mothers’ Day Paean for My Grandmother