A Mothers’ Day Paean for My Grandmother 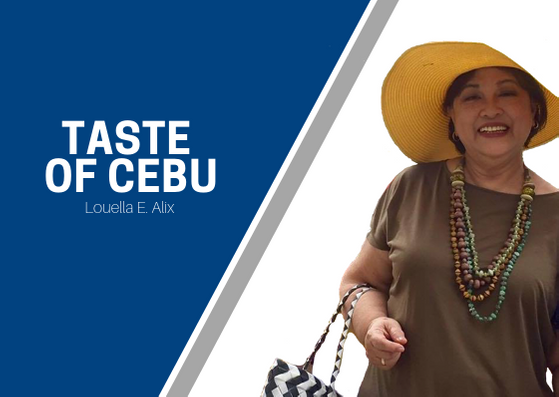 My grandmother Leonila Araneta Tequillo Abao was a Home Economics teacher in the years called “peace time” before World War II. Our Lolo, Jose Pedrosa Abao, was one of the first college graduates from Silliman University. He was made a principal soon after a few months stint as a teacher. When Lolo Jose married Lola she was a fitting partner for a principal who entertained a lot of dignitaries. Because of her background, Lola was an intuitive cook who learned to be exacting in her cooking – the right measurements, exact ingredients ( she hated substitutions ). But the result of all this was glorious tasting food!

Lola Lilang made the best Adobong Nukos ( squid). This has the squid ink sauce beloved by everyone in the family. Hers is the way people in northern Cebu made it. Only hers tasted perfect every time. This Adobong squid has the addition of sugar at the last stage of cooking. Her Pescado en Blanco is made only with the freshest Lapu-lapu. If she’s not convinced about the look and smell of the fish, there will be no Pescado en Blanco. So it is with chicken. Lola Lilang only cooked and ate native chicken. She buys native chicken, preferably the dumalaga, the equivalent of a young lass, and places it in a cage for a week. The chicken will be fed only with corn, not commercial feed, and water. It will not be allowed to step on the ground. Only after this week-long cleansing will Lola deign to cook it. In Cebu this is called laming. The boys in the family teased her no end when she ate chicken in a restaurant! Lola’s talents extended to baking. In an age with no electric mixers, she baked the lightest chiffon cake. People from Tuburan to Bogo ordered her tortas for fiestas. When she does this, the whole dining room and kitchen is utilised – there will be torta molds spread out on the dining table all lined with Japanese paper brushed with margarine. The night before, Lola prepares the tuba-based must or proof for the leavening agent for the tortas. The smell of the flour and tuba rising fills the whole house. For the next two days the aroma of tortas baking is all we can smell.

My Dad was a lieutenant in the Army and later in the guerilla forces assigned to Tuburan during World War II. (That’s how he met Mommy.) My Dad’s first encounter with my grandparents mesmerized him “Imagine , in the middle of nowhere, I go into this house where the father speaks perfect English and I was served cake and coffee for merienda! In the middle of the war, the lady of the house bakes cakes!” During the war, when supplies ran out, Lola had to make her own flour out of camote or sweet potato. They had a poultry, so she never ran out of eggs. She harvested honey from hives in the Caimito tree. She had zest from the citrus trees Lolo planted around the house. She made their own soap with coconut oil. Lola preserved fruits and root crops. She made Ube Jam, Bocarillo and Nangka preserves and Adobo soaking in lard in sealed cans. The family and the people who evacuated to the safety of family farm never went hungry. I grew up eating her Bas-uy. A Cebuano dish made of pork innards and julliened gabi. We loved her Escabeche which she cooked ONLY with Danggit fish. The only one who knows how to do this properly is the Yaya in my uncle’s family in Bogo. Only Yaya Pimia was given the gift to make Lola Lilang’s Escabeche perfectly every time.

Lola Lilang was known for her Pinatapi. This was a sweet delicacy that remains in the collective memories of her grandchildren. A cup of shelled peanuts was parboiled, left to cool and then the brown skin was removed. The peanuts are drained and set aside. Meanwhile, one cup white sugar and one cup water were placed in a medium saucepan with a handle. This is placed over high heat in a clay stove using butay (the boat shaped hard covering of the coconut flower) as firewood. Lola believed that only the butay can give the exact heat she needs for the pinatapi. The sugar/water mix will be boiled and before it caramelizes, the peanuts are added. As soon as the peanuts are added, the saucepan will never see rest. It will be shaken and held above the fire to control the heat. When the color of the mixture reaches a golden hue and the sweet caramel peanut smell wafts all over the kitchen, Lola will pour this into a shallow wooden basin called a duwang. After a few minutes, she starts pulling the sides of the molten caramel and in swift movements she makes spun sugar and works them into oval discs dotted with peanuts. Memory plays tricks on my mind, I see sugar threads glinting like glass which melts as soon as it touches the lips or tongue.

The family fondly calls this Pinatapi. But I have a suspicion the original name must have been Peanut Taffy.

My Lola Lilang left us a legacy of love for good food. I learned how to cook at an early age because as the eldest grand daughter I was always told to stay with her in the kitchen. She left me nuggets of wisdom like “you have to know how to cook and how to do household chores, when you grow up do you want to be called a babaying mujer?”  I was in college when I learned that “babaying mujer” was a fraction of a whole phrase mujer de cama, a woman good only in bed. Such an education is priceless.