After voting, Garcia wishes for ‘bright and sunny Cebu’ 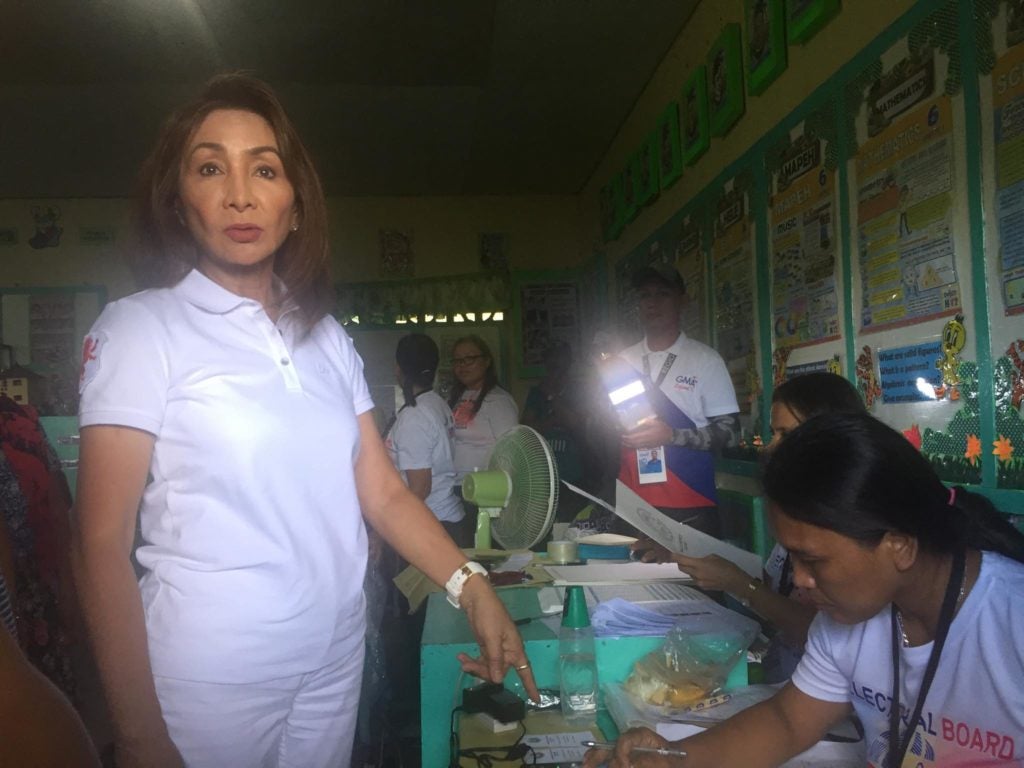 Gwendolyn Garcia, representative of the 3rd District of Cebu who is running for governor, casts her vote at the Lamak Elementary School in Barangay Mayana, Barili, Cebu. CDNDigital photo | Mich Padayhag

Cebu City, Philippines—Vote according to your conscience. Vote for Cebu.

This was the reminder of gubernatorial candidate Gwendolyn Garcia to Cebuano voters in an interview after voting at the Lamak Elementary School in Barangay Mayana, Barili, southern Cebu on Monday, May 13, 2019.

Garcia, representative of the 3rd District of Cebu, arrived at the polling center at 11:29 a.m. with her son Pablo Garcia III.

Wearing a white polo shirt, white pants, and white sneakers, Garcia disembarked from a black van and proceeded to greet fellow voters while she was walking towards her cluster precinct.

Fifteen minutes later, Garcia emerged from the polling center as she completed the voting process.

“Well it is a bright sunny day. Hopefully the future will be bright and sunny for Cebu,” she said when asked what she felt as Election Day has finally come.

Garcia observed that there was a long line of voters outside the polling center.

“Ang nakadugay ani kay ang verification machine, which does not always work compared before. I foresee mao ang naka delay sa voting,” she told the reporters based on her personal experience.

(There might be delays because of the verification machine which does not always work.)

Garcia was also elected as the third district representative of Cebu from 2013 to 2019. /bmjo

Read Next
‘Cebu: People, Places, and Faces’ art exhibit at the Maayo Hotel