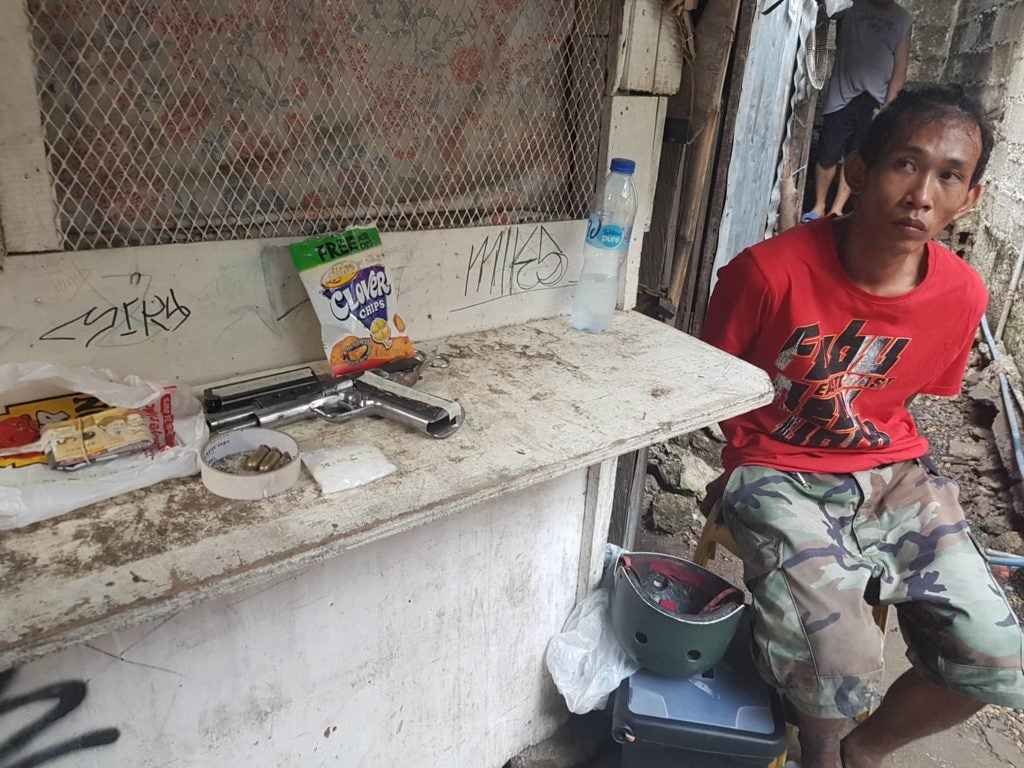 Sherwin Simbahon is arrested during a buy-bust operation in Barangay Labangon, Cebu City on Friday, May 17. | Benjie Talisic

CEBU CITY, Philippines — A nine-year-old boy was wounded in the leg after the gun of a drug suspect went off during a scuffle with an undercover police officer conducting a buy-bust operation in Sitio Kamalig, Barangay Labangon in Cebu City on the afternoon of May 17.

The boy was rushed to the hospital for treatment while Sherwin Simbahon, 25, was arrested, said Lieutenant Colonel Glenn Mayam, Police Drug Enforcement Group Visayas (PDEG Visayas) chief, in an interview with CDN Digital.

Investigation showed that the PDEG police officers were conducting a buy-bust operation in the area against Simbajon.

The scuffle between the police officer and Simbahon happened when the latter found out that the some of the money used in buying the illegal drugs were fake.

Simbajon pulled out a .45 caliber pistol he tucked on the waistband of his pants and that was when the undercover police officer grappled with Simbahon for the possession of the gun.

At about the same time, a nine-year-old boy passed by and then the gun went off, hitting the boy in the leg.

The police officer then succeeded in getting the gun away from Simbahon, who was arrested.

The boy was rushed to the hospital for treatment.

The suspect was then frisked and was found to have 50 grams of suspected shabu in his possession.

Mayam said that the confiscated drugs had an estimated Dangerous Drugs Board value of P170,000.

Simbahon was detained at the Cebu City police station detention cell pending the filing of charges./dbs

Read Next
Cebu City braces for transition of mayors