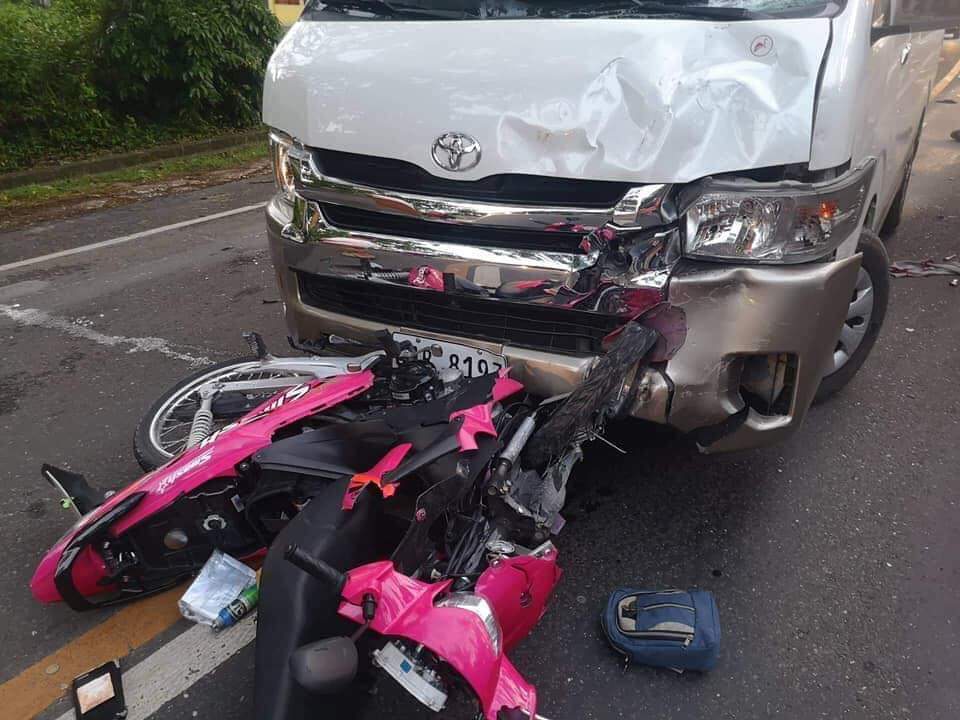 Rollon, 30, was driving his motorcycle along a curved portion of the national highway when a van-for-hire accidentally hit him.

Rollon was thrown from his motorcycle. He was rushed to the Argao District Hospital but was declared dead on arrival.

A separate vehicular accident also happened in Argao town on Friday, May 17, when a passenger bus and a motorcycle collided, which killed two individuals and injured three others. / celr