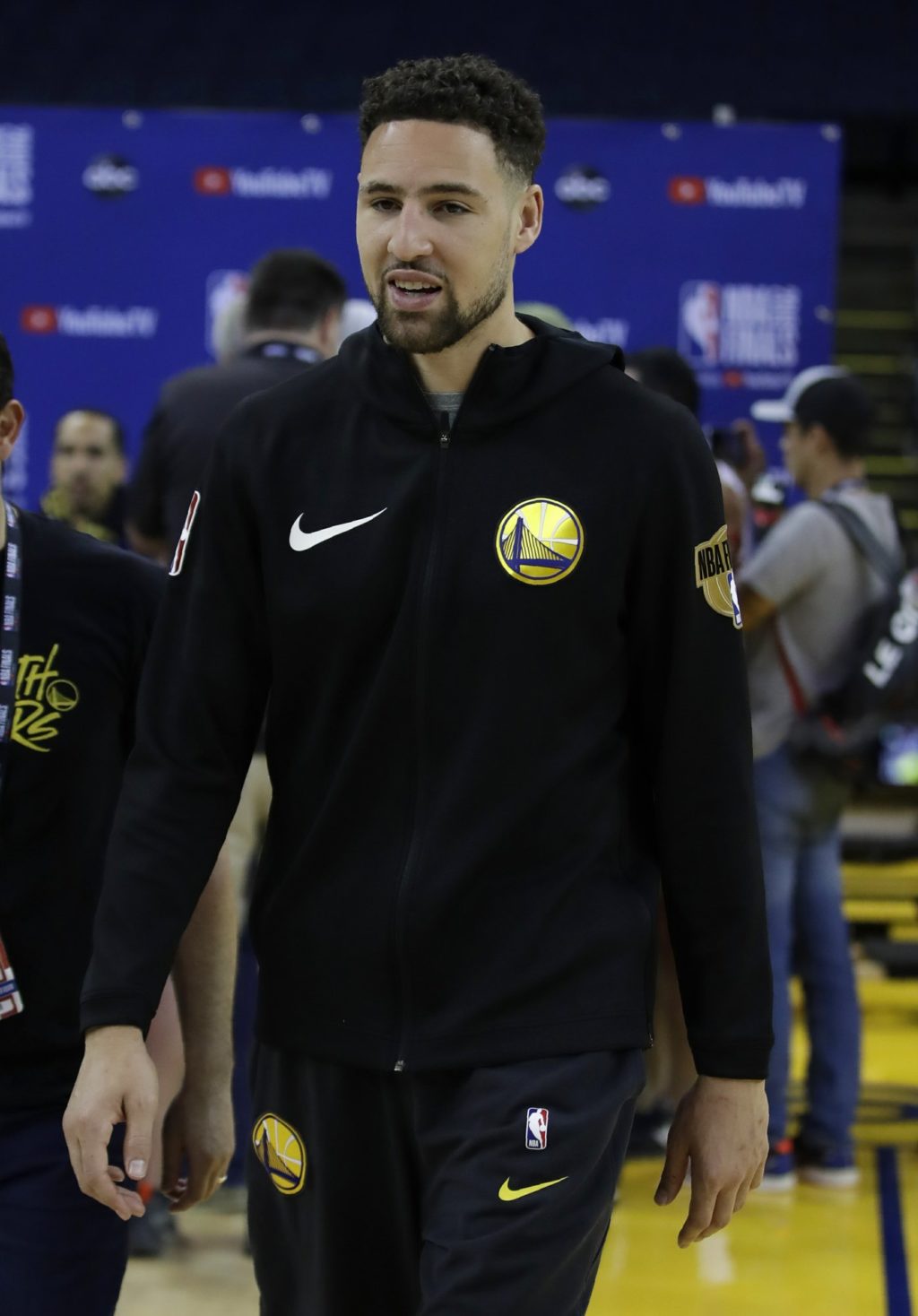 OAKLAND, California  — Everyone knows about Klay Thompson’s ability to get dangerously hot in a hurry on offense.

His stingy defense might just be the thing that matters most when he returns for the Golden State Warriors in Game 4 of the NBA Finals on Friday night (Saturday morning, Philippine time) with his team trailing Toronto 2-1.

“We can’t fall into the trap of thinking offense alone is going to win us another championship or letting that end of the floor affect our defense,” Stephen Curry said on the heels of a postseason career-best 47-point performance in the Warriors’ Game 3 defeat.

Thompson is scheduled to play Friday barring any further issues with his strained left hamstring after he sat out the 123-109 loss Wednesday, while Kevin Durant remains sidelined as he attempts to work back from a strained right calf.

With the way Kawhi Leonard, Kyle Lowry and Danny Green delivered time and again for the Raptors to answer every big shot by Curry, Thompson’s defense will be a key part of the two-time defending champions’ adjustment as they try to even the series at home before another trip to Toronto.

“People fall in love with his shooting and how hot he can get on the offensive end, but the way that our team plays defensively and the chemistry that we have and the experience, he’s right at the forefront of that,” Curry said. “And it’s a tough adjustment when guys who haven’t been in that position consistently and in these type of moments are thrown into his minutes. So you would love to have him out there on that end of the floor as well, especially with a team like Toronto.”

Thompson, who was injured late in Golden State’s Game 2 win at Toronto, even surprised the Raptors when he didn’t take the court for tipoff.

The Raptors still had him on the board to play when the team left the locker room just before game time.

Not facing Thompson became a key advantage and all five Toronto starters scored in double figures — and Curry was forced to take on a greater load.

“He’s a great defender. I think he’s one of the best, right up there at the top of the best wing defenders in the league,” Raptors coach Nick Nurse said of Thompson. “He’s probably underrated in that department. He really puts in some awesome defensive performances for them, especially when they really need them.”