Pasigarbo sa Sugbo to be relaunched in August 2019 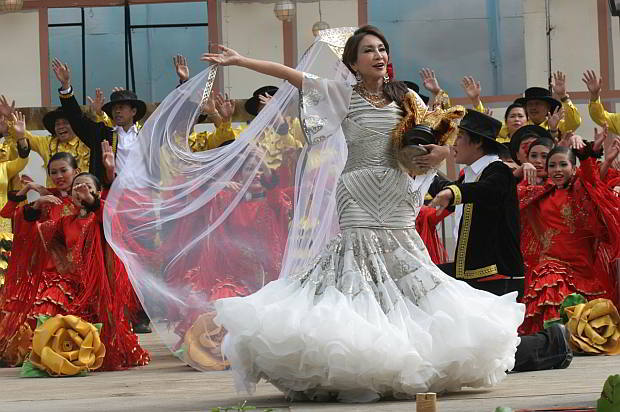 Cebu Governor Gwendolyn Garcia in this 2012 file photo is the lead dancer of Argao’s La Torta Festival during the Sinulog 2012 Grand Parade. Garcia is bringing back another cultural event, the Pasigarbo sa Sugbo, in August 2019 after a seven-year hiatus. CDN FILE PHOTO

CEBU CITY, Philippines —  At least 46 mayors of component cities and municipalities of Cebu province have signified their intention of sending delegations to the  Pasigarbo sa Sugbo which will be relaunched in August 2019.

Cebu Governor Gwendolyn Garcia convened with the mayors and tourism officers of the 51 component cities and towns on Wednesday, July 3, 2019 to discuss the relaunching of the Pasigarbo sa Sugbo.

The Pasigarbo sa Sugbo is considered as the “festival of festivals” that showcases the different festivals in Cebu and used to be staged in time with the province’s founding anniversary every August.

Tudela and Tabuelan, however, did not commit to sending a delegation for the ritual dance competition due to budgetary and time constraints while the cities of Toledo and Danao and the town of Pilar in Camotes Island have yet to concur with other officials in their administration on whether or not they will participate in the festival.

The Pasigarbo sa Sugbo was last held in 2012 wherein Liloan’s Rosquillos Festival was hailed as the grand champion of the ritual dance competition.

According to Garcia, the province’s fund for the aid to component LGUs and barangays is now down to P89,000 from the over P260 million which was appropriated for the province’s 2019 budget.

Meanwhile, Garcia assigned seasoned choreographer Victor Cuenco as one of the organizers of the event.

Cuenco will also be setting the mechanics of the Pasigarbo sa Sugbo dance showdown as well as guide each LGU in the choreography and storyline of their entries.

Also discussed was the possible venue for the holding of the festival since its old venue, the Cebu International Convention Center (CICC), is no longer feasible.

Among their choices are the Cebu City Sports Center located in barangay Kalubihan in Cebu City, Carmen Oval in the northern town of Carmen and Naga Central Elementary School Oval in Naga City. / celr

Your subscription could not be saved. Please try again.
Your subscription has been successful.
Read Next
Labella orders review of transactions by previous administration that require his signature