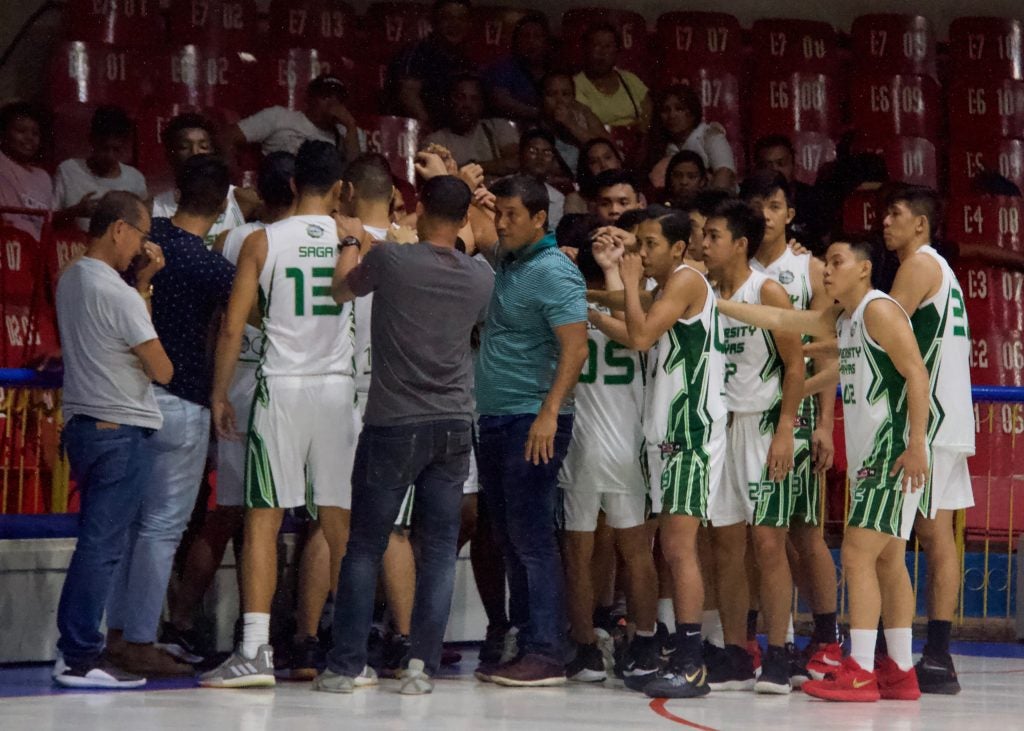 The UV Green Lancers huddle during one of the elimination round games of the 2019 Cesafi Partner’s Cup. CDN Digital photo | Brian J. Ochoa

Cebu City, Philippines—The ARQ Builders-University of the Visayas (UV) Green Lancers will be aiming for a sweep of the first round but will have to hurdle their bitter rivals, the Joemang’s Surplus-University of Cebu (UC) Webmasters in the 2019 Cesafi Partner’s Cup on Saturday, July 6, 2019, at the Cebu Coliseum.

UV, the three-time defending Cesafi champions, has rattled off five straight wins and stands on the precipice of a first round sweep. The Green Lancers have looked mighty impressive, in spite losing several key cogs during the offseason, including reigning MVP Rey Suerte and marksman, Toto Segumpan.

Young forward Kenneth Brillo and point guard Jimpaul Amistoso have also skipped the UV camp and are transferring to the University of San Carlos (USC).

UV, however, is getting back former Mythical Five forward Monic Soliva, who is making a comeback to the league after a two-year absence.

UC, meanwhile, is getting ready to challenge the kings of the hill and will be doing so, armed with a weapon that UV is most familiar with in two-time Cesafi three-point champion, Tristan Albina.

The pride of Dumaguete actually played for UV for several seasons before moving to the Webmasters’ camp.

“UV is the defending champion. They are the best team. Our team is still rebuilding and we have only four holdovers from last year. We are trying to get as many games in our belt before that season starts. It is a tough hill to climb, but the boys are ready for the challenge,” said UC assistant coach Rocky Alcoseba. /bmjo