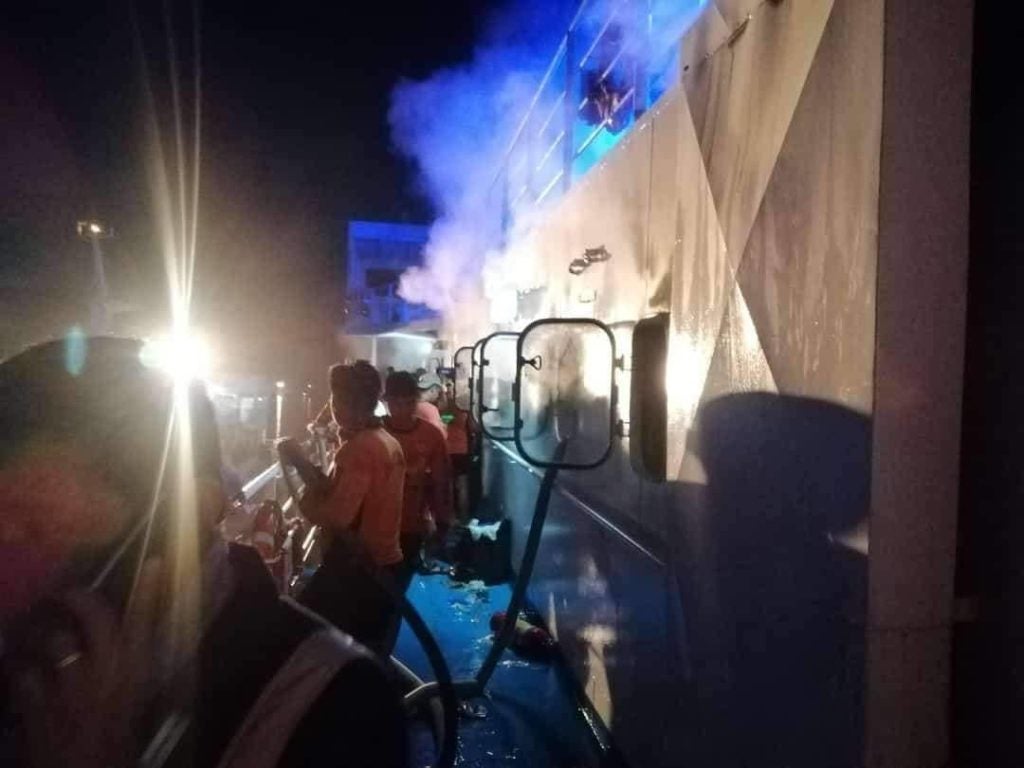 A photo provided by the Philippine Coast Guard shows smoke coming out of a burning ship docked at the FF Cruz Wharf in Mandaue City.

He said the fire was reported at 3:48 a.m.  Fire officials from the Bureau of fire Protection (BFP)  arrived at the scene immediately and managed to put out the fire hours later. The fire was declared under control at 7:18 a.m.

Inspection of the area was immediately conducted by the Coast Guard Environmental Protection unit to check on possible oil spill. Coast Guard divers later reported there was no risk for an oil spill.

One of the 36 officers of the ship suffered minor injury to his head. He was immediately attended to by responding medical team.

According to Encina, an officer of the ship told them that the fire started at the galley air blower of the vessel. Based on PCG’s Initial investigation, the cause of fire is faulty electrical wiring at the galley. /bmjo

Read Next
Are election promises made to be broken?