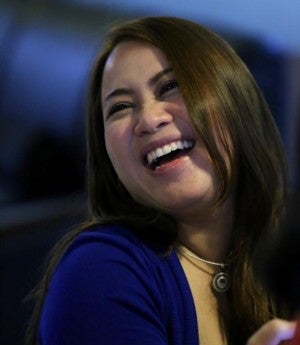 Their performance proved again that the best law schools in the country are not confined to institutions in Manila.

Tercel Maria Mercado-Gephart of the University of San Carlos (USC), was seven months pregnant when she took the bar exams in October last year.

While battling bouts of nausea in “morning sickness”, she relied on the support of her husband and friends so she could focus on intense study sessions up to eight hours a day.

Manuel Elijah Sarausad, 28, from the University of Cebu (UC-Banilad) placed sixth with a grade of 83.8 percent.

The former high school teacher is expected to get a brand new Toyota car from owners of the private university, who have made it a tradition since 2007 to reward bar topnotchers who bring honor to the school.

With plans ahead to practice law “to help others”, the native of Carcar City said he believes, “There is a need to improve the justice system in the country and transform the image of lawyers.” 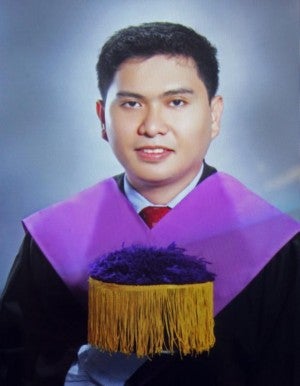 “I want to prove that lawyering is not a money-making business. Being a lawyer is a vocation to help others,” he told Cebu Daily News.

When the exam results were announced, Sarausad was in Medellin town, north Cebu where he works with an NGO, the US-based Mercy Core Organization, helping typhoon Yolanda victims by conducting seminars about cash transfers.

The no. 1 topnotcher in the Bar came from the University of the Philippines in Diliman, Nielson G. Pangan with a score of 85.80.

The passing rate was adjusted from 75 percent to 73 percent.

Being pregnant posed an extra challenge for Gephart of USC, who placed fifth in the national exams.

“It was a really hard exam,” she recalled, “but I was very blessed. My husband lived with me in Manila during the exams and friends supported me so I could focus on studying.”

As editor in chief of the USC law school’s paper Lex Obiter, the 28-year-old mother had the advantage of a polished ability to write clearly and express herself well, according to law school dean Joan Largo.

Gephart finished a course in management economics in Ateneo de Manila University before she enrolled in the USC College of Law.

Married to an American citizen, she is now preoccupied with caring for their 2-month-old daughter Nicola Karyss.

“I’m also open to teaching law. I’m still testing the waters,” said Gephart, who said she has interest in working in the Public Attorney’s Office or becoming a judge.

For now, she said she would help her father run their auto-repair and real estate business before deciding on the next path.

To prepare for the Bar, she selected her reading material and didn’t focus on memorization.

“Everybody will tell you that you can’t read everything in six months. What you do is to pick the materials which you think is best for you,” said

Gephart, who was able to travel to the Holy Land before the exams.

Waiting for the bar results is a nerve-wracking period. She said she avoided watching TV and Facebook.

“I was inside my room, kneeling and praying that I had passed the exam, and God willing, to land in the top ten,” she told reporters.

A phone call from her father broke the good news.

“I cried a bit. I think the Lord was tired of listening to my pleas so He granted it.”

Dean Largo of USC said that “some gift items and a little monetary reward” await Gephart for bringing honor to the school, which has produced at least 20 Bar topnotchers.

Gephart’s victory ended a four year gap in that record.

The last bar topnotcher from USC was Glenn Carampatana who placed 10th in the 2010 Bar Exams.

Out of 58 USC law school graduates who took the Bar last year, 47 passed or a passing percentage of 81.03.

Dean Largo said this was a “vindication of the hard work and sacrifice put in by this batch.”

“It’s really a collective effort by the administration, faculty, and students. The odds were against us. We went there (Manila) and contended with the weather. During the second Sunday of the bar, a typhoon hit Metro Manila. But our students still went there to support our examinees,” Largo said.

“Without fear of contraduction, I can say that the bar exams is the most dificult licensure exams in the country,” she said.

For those who didn’t make it, Largo advised them not to lose heart.

“Never give up. It’s always a constant play of factors. You can’t blame yourelf. Give it another try,” she said.

Sarausad, who placed sixth in the Bar, taught in the high school of Sacred Heart School and was a college instructor for History and World Geography at Southwestern University (SWU) during the first two years of law studies before he stopped to focus on law school.

“I was surprised that I landed in the top ten but I also prepared myself for the worst because I might fail the exam,” he said in an interview.

“This comes with a challenge,” he said of his 6th place finish. “People are expecting a lot from me.

He was part of UC-Banilad’s team that won the nationwide Moot Court competition of law schools held at the Supreme Court last 2011.

He also represented the country last 2011 during the Red Cross International Humanitarian Law (IHL ) Moot Competition for the Asia-Pacific Region in Hong Kong.

Dean Baldomero Estenzo of UC College of Law said he would recommend Sarausad for a post in the Office of the Solicitor General, which represents the Government in legal disputes.

He said UC president Augusto Go would announce today details of the school’s prize for the achiever — a brand new car from Toyota in a color of his choice.

UC had 31 examinees in last year’s Bar. Eleven passed or a passing rate of 35.48 percent.

“We will strive hard to produce more topnochers and increase our passing percentage,” said Estenzo, who gave repeated his call for Bar Exams to be decentralized so that the texts are administered outside Manila.

“Going to Manila is really disadvantageous for examinees from the provinces, not only financially but also emotionally and psychologically,” he said.

The last topnotcher from UC was Christian Llido who ranked 10th in the 2007 Bar Exams. The year before, Al-Shwaid Ismael placed 8th.

Sarausad told CDN that he was inspired to become a lawyer because of his father who also studied law.