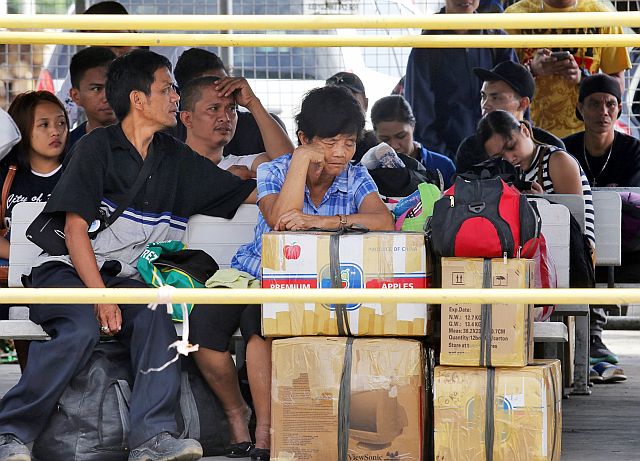 At least two trips for Tagbiaran City in Bohol province were ordered cancelled this morning, July 17, because of the increment weather condition. /CDND File Photo

CEBU CITY, Philippines —At least 231 passengers were left stranded at the ports of Cebu City on Wednesday morning, July 17, following the cancellation of at least two trips bound for Tagbilaran City in Bohol in province.

Lieutenant Junior Grade Michael John Encina, spokesperson of the Philippine Coast Guard in Central Visayas, said that the cancellations were made upon the discretion of the shipping line due to the “increment weather condition.”

In its 11 a.m. weather bulletin, the Philippine Atmospheric, Geophysical and Astronomical Services Administration said that Tropical Storm Falcon has maintained its strength while moving northwestward at a speed of 20 kilometers per hour.

A Tropical Cyclone Signal Number 1 is still up in the provinces of Cagayan, Ilocos Norte, Apayao and the Babuyan Islands.

Areas in the Visayas are expected to experience scattered light to moderate rainshowers and thunderstorms today due to the effects of the southwest monsoon or Habagat. /dcb