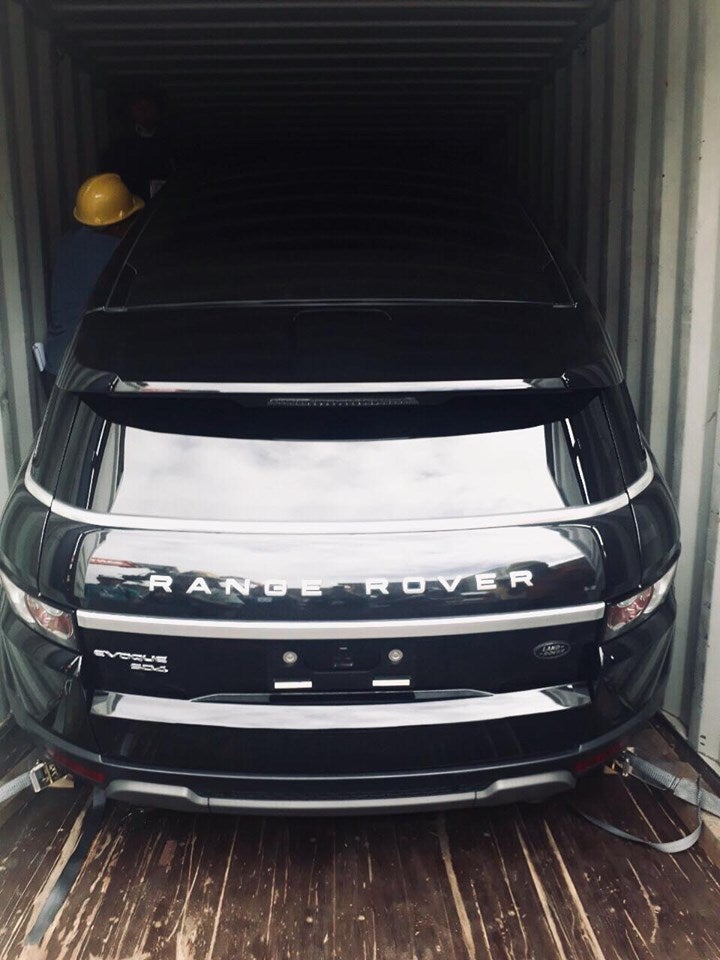 One of the four vehicles that were confiscated by the Bureau of Customs Cebu. /Photo from BOC Cebu Facebook page

CEBU CITY, Philippines—The Bureau of Customs has filed charges against a Manila-based consignee and a licensed broker for the misdeclaration of four luxury vehicle shipment that arrived at the Port of Cebu on December 19, 2018.

A certain Melanie Yason Serrano, sole proprietress of consignee Kyleman General Merchandise, and her licensed customs broker Erwin Roy Vito Rojas are facing charges for the violation of Section 1401 in relation to Sections 1400, 405 and 412 of the Customs Modernization and Tariff Act (CMTA), as well as Article 172 in relation to Article 171 of the Revised Penal Code (RPC), as amended.

The complaints were filed before the Department of Justice on Friday, July 19.

The misdeclared items include a Range Rover, Mercedes Benz, Porsche and an Alfa Romeo, says a press release from the the Bureau of Customs Cebu that was posted on their official Facebook page.

The BOC statement alleged that he consignee failed to pay the P35 million duties and tax dues from the shipment and instead paid only P119,000.

The shipment imported by Kylemelan General Merchandise with office address at Malabon City arrived at the Port of Cebu under Bill of Lading No. 181206750071 that declared that it contained one piece car body for decoration.

However, after undergoing x-ray inspection, the scanning image of the shipment showed it actually contained four completely-build up motor vehicles.

Because of the discrepancy, the Customs Intelligence and Investigation Service (CIIS) requested  for the issuance of alert order against the shipment for suspected act of misdeclaration under Section 1400 of the CMTA. The request was approved by then District Collector Atty. Elvira Cruz.

On January 3, a physical examination was conducted by the assigned customs examiner, together with the importer’s broker and representatives from Enforcement and Security Service (ESS), CIIS, X-Ray Inspection Project (XIP-ESS), and the Office of the District Collector.

The Customs examiner and the CIIS then recommended for the issuance of Warrant of Seizure and Detention (WSD) against the whole shipment for violation of Section 1400 in relation to Sections 1113 par. (f), (i) 1, 2, 3, 4, and 5 of the CMTA./dcb