Capitol to call for a summit to harmonize traffic management actions 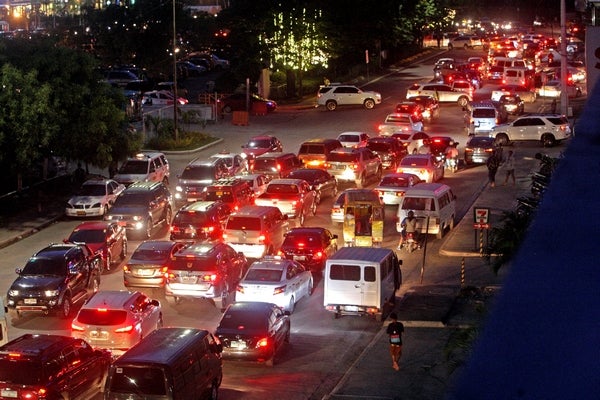 The Cebu Provincial government under the leadership of Cebu Governor Gwendolyn Garcia is planning to hold a traffic summit with the local government units so that they can harmonize the traffic management especially in the Metro Cebu area. | CDN Digital file photo

CEBU CITY, Philippines — The Capitol is planning to call for a traffic summit among the component local government units to harmonize traffic management efforts.

Garcia said it would be necessary for the provincial government to step in and facilitate the collaboration between LGUs in managing the traffic especially in the metropolitan Cebu areas.

Metro Cebu spans from Carcar City in the south up to Danao City in the northern part of the province.

“We are really calling for a traffic summit sometime in the near future so that we may be able to harmonize all traffic efforts, endeavors, schemes and traffic management operations in LGUs because there is a real need for harmonization,” Garcia said.

Garcia, however, said that they had yet to set a schedule for the summit since the harmonization of traffic management would require more in-depth studies.

(We have to assess where the feed of the traffic is coming from. If it is heavy in the Mandaue City area. Part of the traffic volume comes from Consolacion in the north and Cebu City from its south.)

The traffic summit is also Garcia’s response to the memorandum issued by the  Department of Interior and Local Government (DILG) on Monday, July 29, directing all local chief executives, including governors, to reclaim all public roads that are used by private entities.

The DILG memorandum was issued in relation to President Rodrigo Duterte’s call for the maximized utilization of all public roads to ease the traffic situation in most urban areas.

The memorandum also tells LGUs to clear these roads of illegal structures and obstructions.

“I don’t think I need further emphasis on it. The President has asked our mayors, the DILG has supported it with a Memorandum Circular, and it is always to the advantage and good of the local chief executives to be able to clear the roads from obstructions because it means a more orderly and efficient traffic management,” Garcia said.

“When it comes to clearing structures or whatever obstructions, that is the primary responsibility of the mayors. But that does not mean to say for all traffic management that already involves inter-LGU. That is where we, governors, may step in,” she said.

In May 2018, former Governor and now Cebu Vice Governor Hilario Davide III also called for a summit with local chief executives in order to come up with an integrated traffic management plan.

However, the traffic summit missed the presence of Cebu City which covers the largest portion of Metro Cebu./dbs