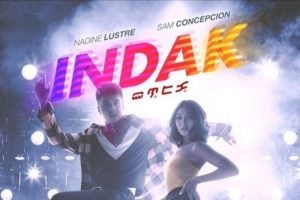 Nadine Lustre is starring in a new dance musical called Indak. This is also the first time Nadine Lustre will be pairing up with Sam Concepcion on the big screen.

Lustre plays Jen, a Cebuana and a popular island girl because of her viral dance videos. Concepcion plays Vin, who will ask Jen to join the Indak Pinas, a dance group that will represent the Philippines for the world championships in Seoul, South Korea.

Prior to the red carpet premiere night in SM City Cebu cinema, Nadine Lustre, Sam Concepcion and other casts of “Indak” will meet & greet their Cebuano fans on August 6, 3PM, at the Mountain Wing Atrium of SM Seaside City Cebu.

At 6PM, the casts will attend the red carpet premiere in Cinema 1 of SM City Cebu