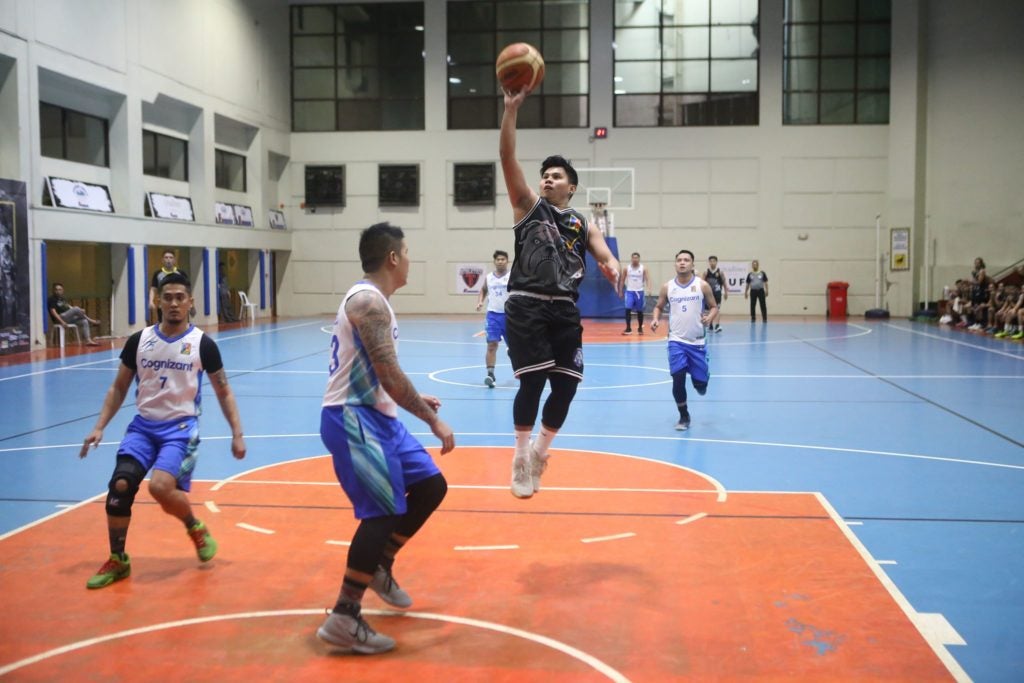 The Bulldogs hold the record for the longest losing streak in league history after they failed to register a single victory during the 2011-2013 seasons.

Their return to the Evo League after a six-year absence did not change much as they started off with two straight losses that padded their losing slump to an incredible 26 games.

That ignominious record of futility finally ended on Sunday, thanks to the combined efforts of guard Aristotle Alcos and Yvesse Carlo Suan. Alcos finished with 14 points, three assists, three steals and a rebound, while Suan had 12 points, five boards, two assists and a steal.

In the other EVO League games, the Dynata Warriors routed the Demand Science Paladins, 63-47; the Iploy Barracudas beat the Medspecialized Unicorns, 71-63, while the Tech Mahindra Tech Mighties handed the Amazon Aces their first loss of the tournament, 77-69.

Tommy Spencer Ugsimar scored 24 points to lead the Warriors, who climbed to 2-1.

Meanwhile, the Tech Mighties bumped their record to 3-0 behind Robert Rebano, who came up with 17 points, nine rebounds, three steals and two assists.

Over in the Elite Classic division, the defending champions Sykes Pioneers nabbed another win as they crushed the Eperformax Reds, 93-50. Janjan Auditor scored 26 points, Bryan Divinagracia added 12, while Earldred Montilla put up 11 for the 2-0 Pioneers.

The Accenture Sharks also joined the Pioneers at the top of the standings after destroying the QBE Generals, 75-54.

The Concentrix Converters also improved to 2-1 after they handed the Dreamscape Lions a 75-64 drubbing. /bmjo