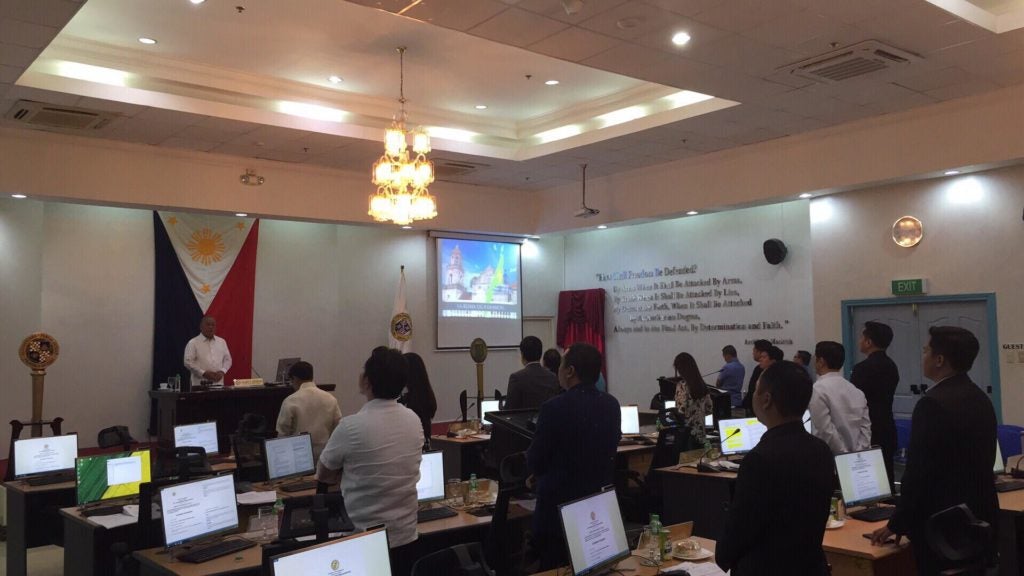 The Provincial Board has convened for their Regular Session on Monday, August 19, where they are expected to tackle on third reading the proposed downgrading of four Capitol departments into divisions under the Office of the Governor. (ROSALIE ABATAYO)

CEBU CITY, Philippines — The Provincial Board has passed on third and final reading the reorganization ordinance that will downgrade four Capitol departments into divisions under the Office of the Governor.

Without any discussion and objection from the PB members, the ordinance was passed during the PB’s regular session on Monday, August 19.

Board Member Celestino Martinez III, who expressed wariness on the proposed downgrading, was also absent during the session.

Martinez was the author of the ordinance that conceived the PDRRMO into a department in 2015.

The implementation of the downgrading of the offices would be up to the executive department, said Sangguniang Panlalawigan Secretary, Lawyer Pulchra Marie Acevedo.

Martinez earlier said downgrading the PDRRMO would defeat their purpose of creating the office four years ago which was to proactively prevent more damage during disasters.

“The move (to create the office) primarily was borne out from our experience during Typhoon Yolanda. Majority of the towns in the fourth fifth and third district were affected. We foresaw that once upon a time we had an LDRRMO that was not capable to address the effects of Typhoon Yolanda,” Martinez said during the plenary discussion last Tuesday, August 13.

Garcia, in earlier interviews, said the reorganization of the Capitol offices was directed to earn savings from the high wages of personnel of the four offices.

If the four offices will be downgraded into a department, Garcia claimed that the province would save P186 million every year just for the salaries of the employees./dbs