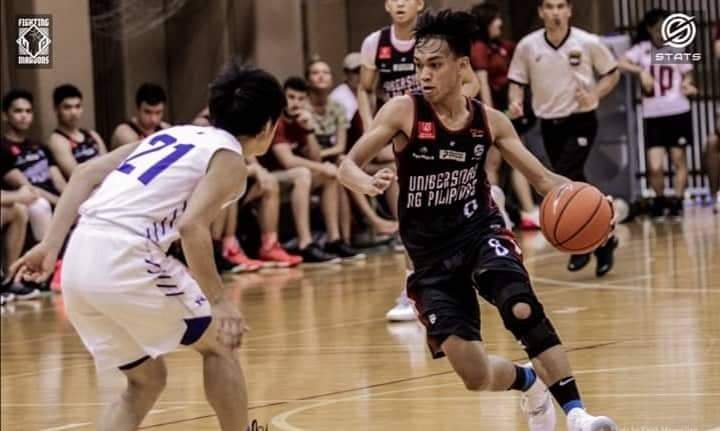 Cebuano guard Jaybie Mantilla is all set for his UAAP debut for the UP Fighting Maroons. / CONTRIBUTED PHOTO / UP Men’s Basketball Team

Season 82 of the UAAP will officially start on September 4, 2019 at the Smart Araneta Coliseum.

The pride of Suba-Pasil, Mantilla says he was told by head coach Bo Perasol to keep playing the way he does.

“I won’t change how I play this coming season because as what coach Bo and the coaching staff told me, I just have to play like I did in the Cesafi because that’s what led them to recruit me in the first place,” said Mantilla in an exclusive interview with CDN Digital.

With all eyes on them after their fairytale run to the UAAP finals last season, UP will open the season against the Far Eastern University Tamaraws on September 4, at 12:30 p.m.

Mantilla says he is 100% ready for the challenge that lies ahead.

“I’m 100 percent prepared. It just won’t be my first game in the UAAP. It will also be my very first time to play at the Araneta Coliseum so overall, I’m excited and at the same time, nervous,” he said.

The University of San Jose-Recoletos product says their recent training camp in Japan helped them get ready for the upcoming season.

Mantilla describes the rigorous training camp as “challenging” to say the least.

“It was very, very challenging since there were times when we would practice twice a day. And then, these sessions weren’t ordinary training sessions because we were being trained by a Serbian who employed difficult tactics,” recalled Mantilla.

“There was this one drill when we would try to make a layup with three defenders. It was very challenging but it helped us out individually, to improve our skills and strengthen our weaknesses,” added Mantilla.

Their time in Japan did not only hone the Maroons’ basketball skills but also their camaraderie and cohesion, which is key, especially for a team with this much talent.

“Our time in Japan really did a lot for our chemistry especially since the entire team was already there. It was there where our bond was really strengthened to the point where we all felt like we’re a family already,” said Mantilla. / celr