‘The World of Lapulapu’ to be tackled; Gray’s Visayan warrior-inspired costume to be displayed

CEBU CITY, Philippines — As the dates draw nearer for the quincentennial anniversary of the Battle of Mactan this 2021, the public may have the chance to picture Cebu and Cebuanos back in 1521. 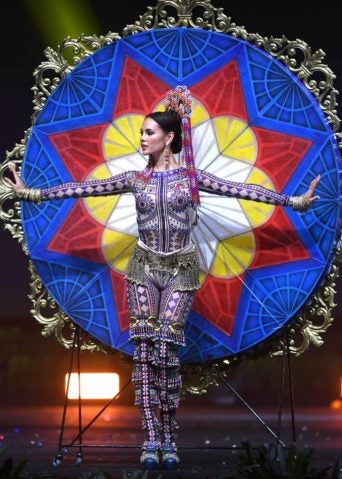 The National Quincentennial Commission (NQC) announced on its Facebook page on Saturday evening, August 31, that a lecture on “The World of Lapulapu” will be held in Lapu-Lapu City this September 13.

Dr. Jose Eleazar “Jobers” Bersales, University of San Carlos (USC) Museum director, will conduct the lecture, which will depict the customs and practices of the Cebuanos nearly 500 years ago.

“I will talk about the society and culture during the time of Lapulapu,” Bersales told CDN Digital.

Bersales is an archaeologist and academician who has published research studies on archeology, heritage conservation, museology, environment, indigenous people and local history, among others.

“He will discuss the social life, customs, world view, and environment of Lapulapu’s time vis-a-vis the world of our Visayan ancestors prior to Spanish contact (i.e., the Magellan-Elcano expedition),” reads the post of the NQC.

The lecture, which will be held at the Bellavista Hotel in Lapu-Lapu City, is open for the public. However, NQC said they would only have limited slots for the live audience.

NQC is accepting requests for reservation through e-mail at [email protected] The lecture will also be live-streamed by Presidential broadcast arm Radio-Television Malacañang (RTVM).

The NQC was created as the umbrella for the government initiatives and programs for the commemoration of the first circumnavigation of the world and the historic victory of Datu Lapulapu against the Spanish soldiers in the Battle of Mactan.