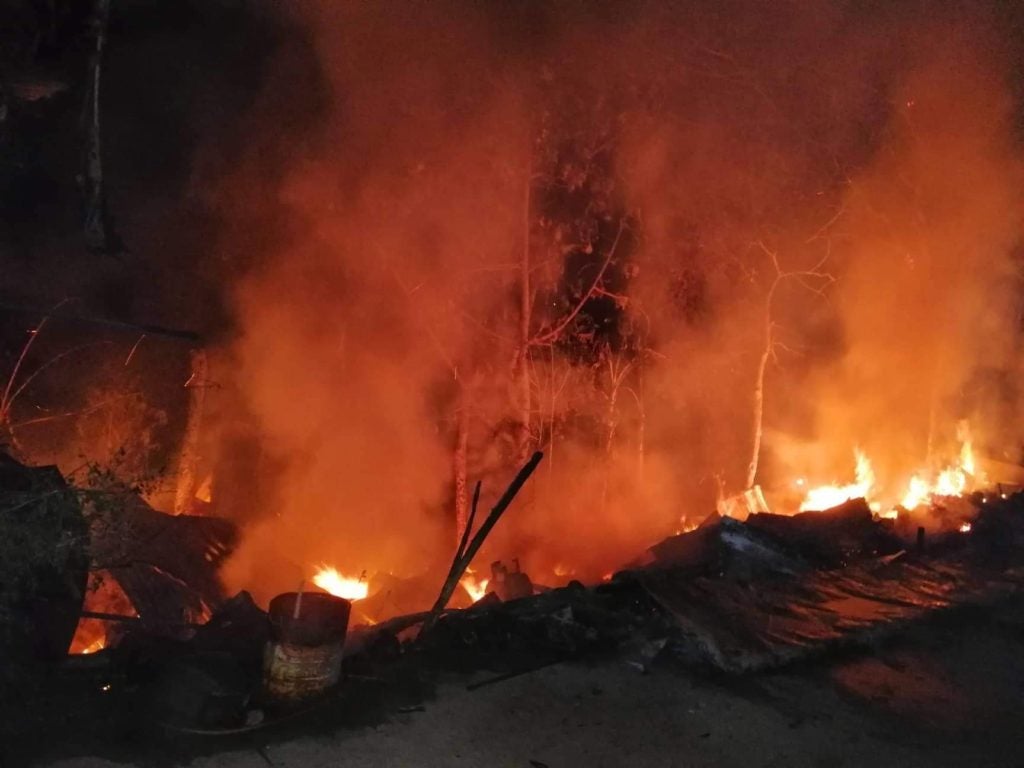 A fire burns down a house in the mountain barangay of Agsungot in Cebu City on Wednesday dawn, September 4, 2019. | contributed photo

Fire Officer 3 Fernando Ivan of the Talamban Fire Station, the investigator on the case, said the house located in this mountain barangay of Cebu City belonged to 66-year-old Esmeralda Casiban.

Casiban reportedly suffered first-degree burns on her arm and was brought to the nearest hospital. As of press time, no one else was reported hurt from the fire.

Based on the initial investigation by responding fire officials, electrical misuse was the cause of the fire that was reported at 4:16 a.m. and put under control at 4:35 a.m.

Fire officials pegged the cost of damage of the fire at P5,000. /bmjo