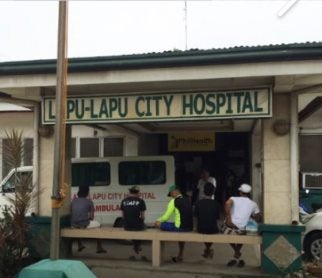 CEBU CITY, Philippines — Lapu-Lapu City residents can now avail of extended hours for outpatient services of the Lapu-Lapu City Hospital or until 10 p.m. during weekdays.

Lawyer Jeannify Tan-Dungog, hospital administrator, said that they decided to extend the operations of the OPD (Outpatient Department) following observations of patients, who could no longer be served when they arrive beyond the cut-off time of 5 p.m.

“It has been practiced that the Out Patient Department (OPD) of Lapu-Lapu City Hospital was only from 8 a.m. to 5 p.m., Monday to Friday. [However,] we have observed that some people would come to the hospital beyond 5 p.m. for consultation,” Tan-Dungog wrote in a Facebook post on Wednesday evening, September 4.

Since her assumption as the hospital administrator on July 1, Tan-Dungog uses the Facebook page of husband, Lawyer Ferdie Dungog, to post updates on new hospital policies.

According to Tan-Dungog, the hospital started a dry-run on the extended OPD operations on Monday, September 2.

“In order to serve further the public, we started last Monday, September 2, to extend the Outpatient Department (OPD) of Lapu-Lapu City Hospital to 10 in the evening. It went well. Thus, we are happy to inform you of our new OPD schedule,” Tan-Dungog said.

Last July, Tan-Dungog also announced that the hospital would no longer collect a consultation fee from their patients.

Admissions of indigent patients, except for those giving birth, has also been made free along with the implementation of the Philippine Health (Philhealth) Insurance Corp.’s no balance billing policy./dbs

Read Next
Bride tells maid of honor to ‘wear anything,’ attends wedding in T-Rex costume