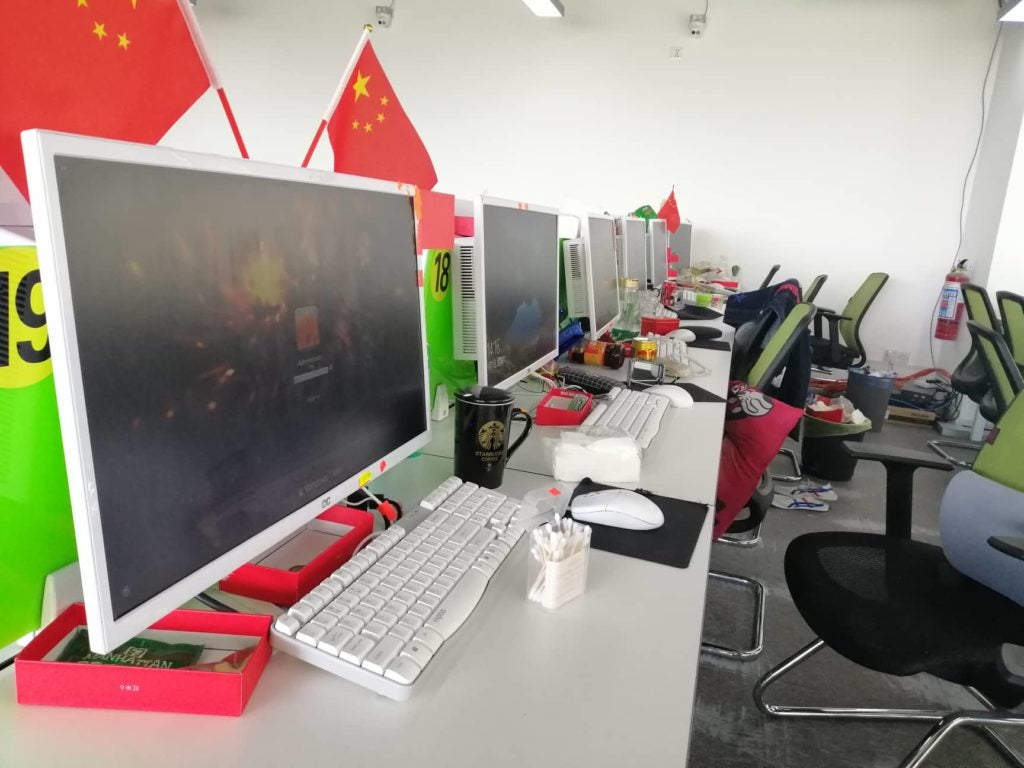 Inside one of the offices occupied by the illegal offshore online gambling company Xin Huang Jin Cheng, which was housed in a commercial building in Barangay Mactan, Lapu-lapu City that was busted by the Criminal Investigation and Detention Group in Central Visayas on Sept. 7, 2019. | Photo by Gerard Vincent Francisco/CDNDigital

CEBU CITY, Philippines — The Criminal Investigation and Detection Group in Central Visayas (CIDG-7) raided an establishment in Barangay Mactan, Lapu-lapu City for housing an alleged offshore online gambling company and arrested over  200 of its foreign workers.

The alien workers, who introduced themselves as Chinese, Korean and Thai, were arrested as staff members of the Xin Huang Jin Cheng, an alleged offshore online gambling operator disguised as a business process outsourcing (BPO) company.

Police Lieutenant Colonel Hector Amancia, CIDG-7 deputy chief, said most of the foreign nationals were Chinese and Koreans. However, the CIDG was still conducting a verification process  based on the passports and other documents that the foreigners would present.

Amancia revealed that the company has been under surveillance for about eight months after they received report about its illegal gambling operation.

The company’s management reportedly presented documents that it has a license to operate. However, Amancia said the documents showed that the company was offering BPO services and had no authority to engage in offshore online gambling.

“Naa silay permit including accreditation from Pagcor (Philippine Amusement and Gaming Corporation) but the issue is not authorizing them to operate sa gambling it was more on as a service provider,” said Amancia.

He said the operator and its workers would be charge for violation of Presidential Decree 1602, which prescribes stiffer penalty on illegal gambling, and  Republic Act 10175, the  act defining cybercrime.

The Xin Huang Jin Cheng occupied all of the 12-storey building in Barangay Mactan, the owner of whom will also be put under investigation and might also be facing charges  for permitting the illegal operation.

“Kung naa silay knowledge as far as the operation is concerned, probably we can also (arrest them) but we have to check,” said Amancia.

Lapu-lapu City Mayor Junard “Ahong” Chan, who later arrived in the area, said he would be looking into the documents submitted by the company to the city government.

“We will see if their income are the same with the ones they have submitted in the treasure’s office,” said Chan.

The arrested individuals will be subjected to booking and profiling procedures in the same building where they operate, said Amancia.

The detention area where the arrested individuals will be held  was still being determined, considering their number, said Amancia. /elb