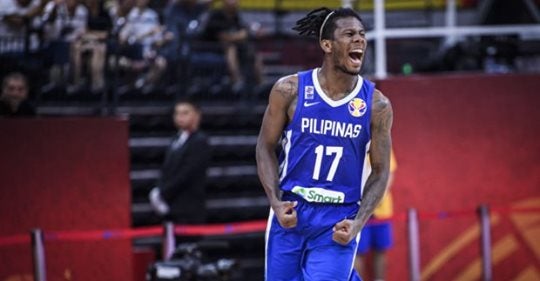 Gilas Pilipinas is set to face off with Iran Sunday night, September 8, to close out their Fiba World Cup stint.| Philippine Daily Inquirer

BEIJING—Nothing but some measure of respect is left to be salvaged for Gilas Pilipinas on Sunday night, and even that would be a tough task as the Filipinos battle many-time Asian champion Iran to close out their Fiba World Cup stint at Wukesong Arena here.

Losers of all their first four games, the Filipinos battle Hamed Haddadi and the Iranians in the 8 p.m. contest, with Iran still in the hunt for an automatic Olympic berth that will be afforded the best Asian finisher in the field.

China is the other team in the hunt, with the hosts clashing with Nigeria also at 8 p.m. at Guangzhou gymnasium. A win would give the Chinese that spot to Tokyo after they nipped South Korea, 77-73, on Friday.

Team Philippines officially kissed its hopes goodbye after an 86-67 loss to Tunisia, while Iran stayed in the running after a 71-62 win over Angola.

Only Iran and China have been able to pull out wins here, with the Chinese having a 2-2 card overall counting a 70-55 Group A victory over Ivory Coast last week.

As things stand, a victory by China would shut the door on Iran, while a loss coupled by a victory by the Iranians over the Filipinos would put the quotient system in play to determine the top Asian in the field.

The only thing left for the Philippines will be protecting its world ranking. The country started the tournament at No. 31 in the world.