Energy prices spike after Saudi attack US blames on Iran 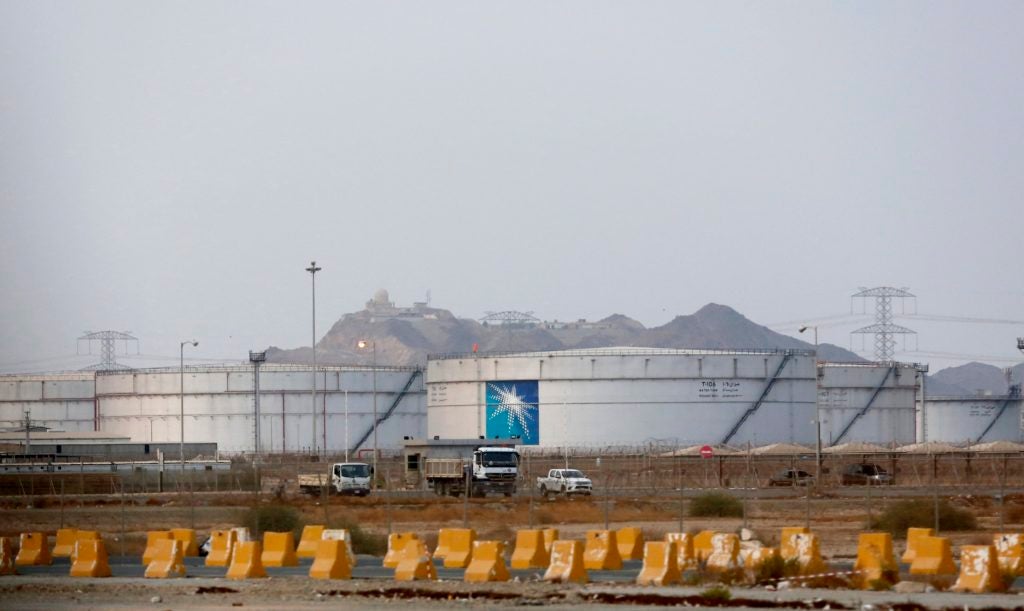 Storage tanks are seen at the North Jiddah bulk plant, an Aramco oil facility, in Jiddah, Saudi Arabia, Sunday, Sept. 15, 2019. The weekend drone attack in Buqyaq on one of the world’s largest crude oil processing plants that dramatically cut into global oil supplies is the most visible sign yet of how Aramco’s stability and security is directly linked to that of its owner — the Saudi government and its ruling family. (AP Photo/Amr Nabil)

DUBAI — Global energy prices have spiked after an attack on the heart of Saudi Arabia’s oil infrastructure as President Donald Trump warned Iran that America was “locked and loaded” to respond to an assault it alleges Tehran orchestrated.

Benchmark Brent crude gained nearly 20% in the first moments of trading Monday before settling down to 10% higher. A barrel of Brent traded up $6 to $66.28.

U.S. benchmark West Texas crude was up around 9%. 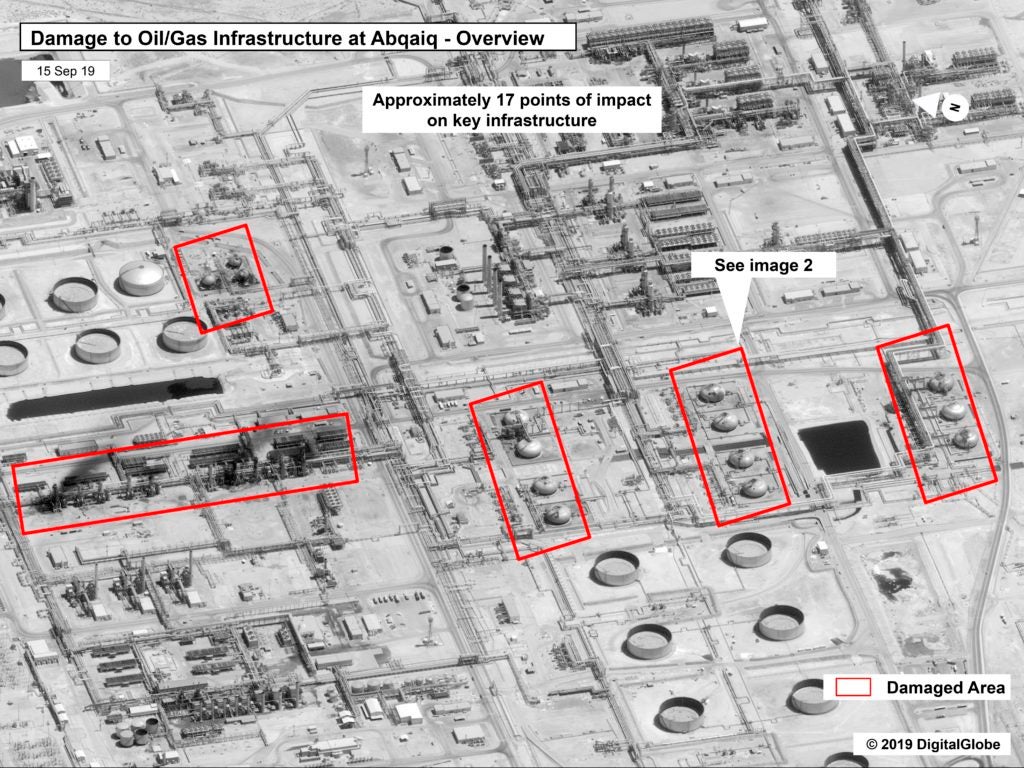 This image provided on Sunday, Sept. 15, 2019, by the U.S. government and DigitalGlobe and annotated by the source, shows damage to the infrastructure at Saudi Aramco’s Abaqaiq oil processing facility in Buqyaq, Saudi Arabia. The drone attack Saturday on Saudi Arabia’s Abqaiq plant and its Khurais oil field led to the interruption of an estimated 5.7 million barrels of the kingdom’s crude oil production per day, equivalent to more than 5% of the world’s daily supply. (U.S. government/Digital Globe via AP)

Iran has denied being involved in the attack, though it comes amid heightened tensions over Tehran’s unraveling nuclear deal with world powers. /kga