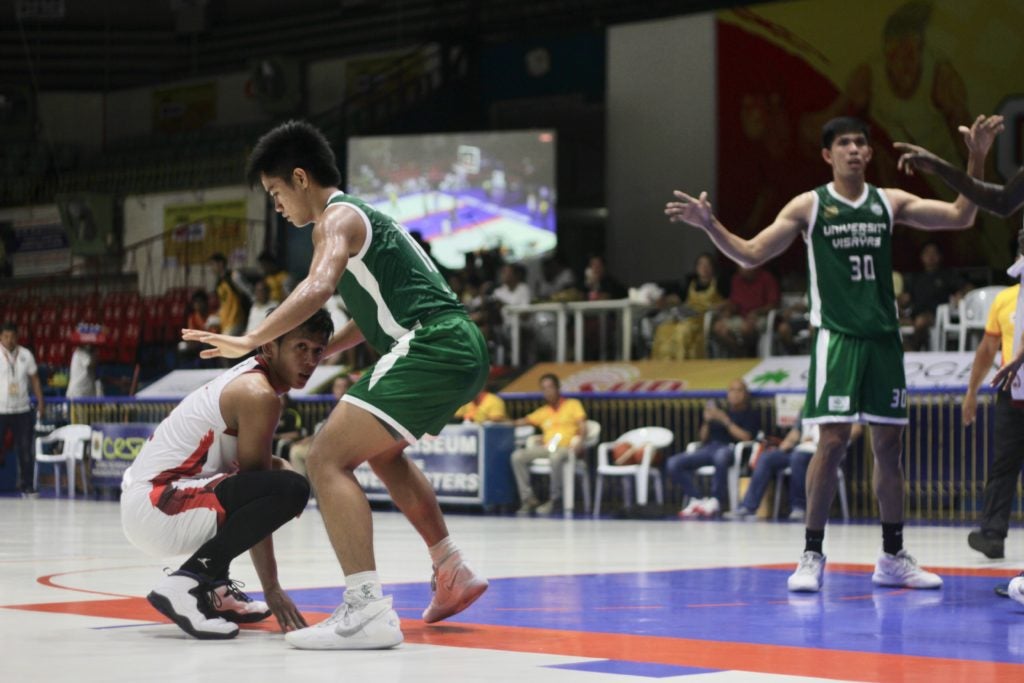 This is how University of the Visayas (UV) Green Lancers head coach Gary Cortes describes their campaign so far in this year’s Cesafi men’s basketball tournament.

UV has taken first place in the team standings after beating Partner’s Cup finals nemesis, Southwestern University (SWU)-Phinma Cobras, 71-66, in a game on Thursday, September 26, 2019, at the Cebu Coliseum.

The Green Lancers now have a 4-1 (win-loss) card while the Cobras dropped to 3-1.

It was a good recovery for the defending champions, who got swept by the Cobras in the pre-season tournament Partner’s Cup finals.

It also gave the Green Lancers a second straight win after losing to the University of Cebu (UC) in their second game of the season.

After the loss to UC, UV first defeated its opponent in last year’s finals, the University of San Jose-Recoletos (USJ-R).

(It is a nice feeling because as coach told us, we should win this game so we will be able to gain more confidence in our upcoming games.)

While their game against the Jaguars seemed a walk in the park, the UV Green Lancers had to work overtime against the Cobras in a game that saw six deadlocks and several lead changes.

The Green Lancers was led by Froiland Maglasang, who finished with 15 points anchored by four treys. Two other Lancers who chipped in double figures were Michael Heinrich Maestre and Lassina Coulibaly with 12 points each.

Sheldon Gahi was another hardworking Green Lancer as he had seven points, five assists, four steals, and one block.

UV had managed to pull away to a nine-point lead, 41-32, early in the third quarter but the Cobras orchestrated a rally littered with treys from William Rosebelt Polican and Sir Shaquille Imperial to bring down UV’s lead to just a point, 52-53, going into the final canto.

They were tied at 58-all for the last time with eight minutes left in the ballgame. They  exchanged leads after that until Saga’s three-point play.

SWU’s Allyn Dyll Roncal managed to bring it to 66-68 but Maestre pushed UV up by four again with a shot with 59 seconds remaining. Delator sealed the win for UV by converting one of his gift shots.

“Double time sa defense kay defense is the best offense,” said Saga of the adjustment they made against SWU.

Defense was indeed the key for UV as it held SWU’s prolific foreign student-athlete Lamine Thiam down to just 11 points.

UV will have one more game against the University of Southern Philippines Foundation (USPF) Panthers on October 1 before the end of the first round of eliminations.

SWU, with its 3-1 card, has two more games—against Cebu Institute of Technology University (CIT-U) Wildcats on September 28 and versus USJ-R Jaguars on October 3.