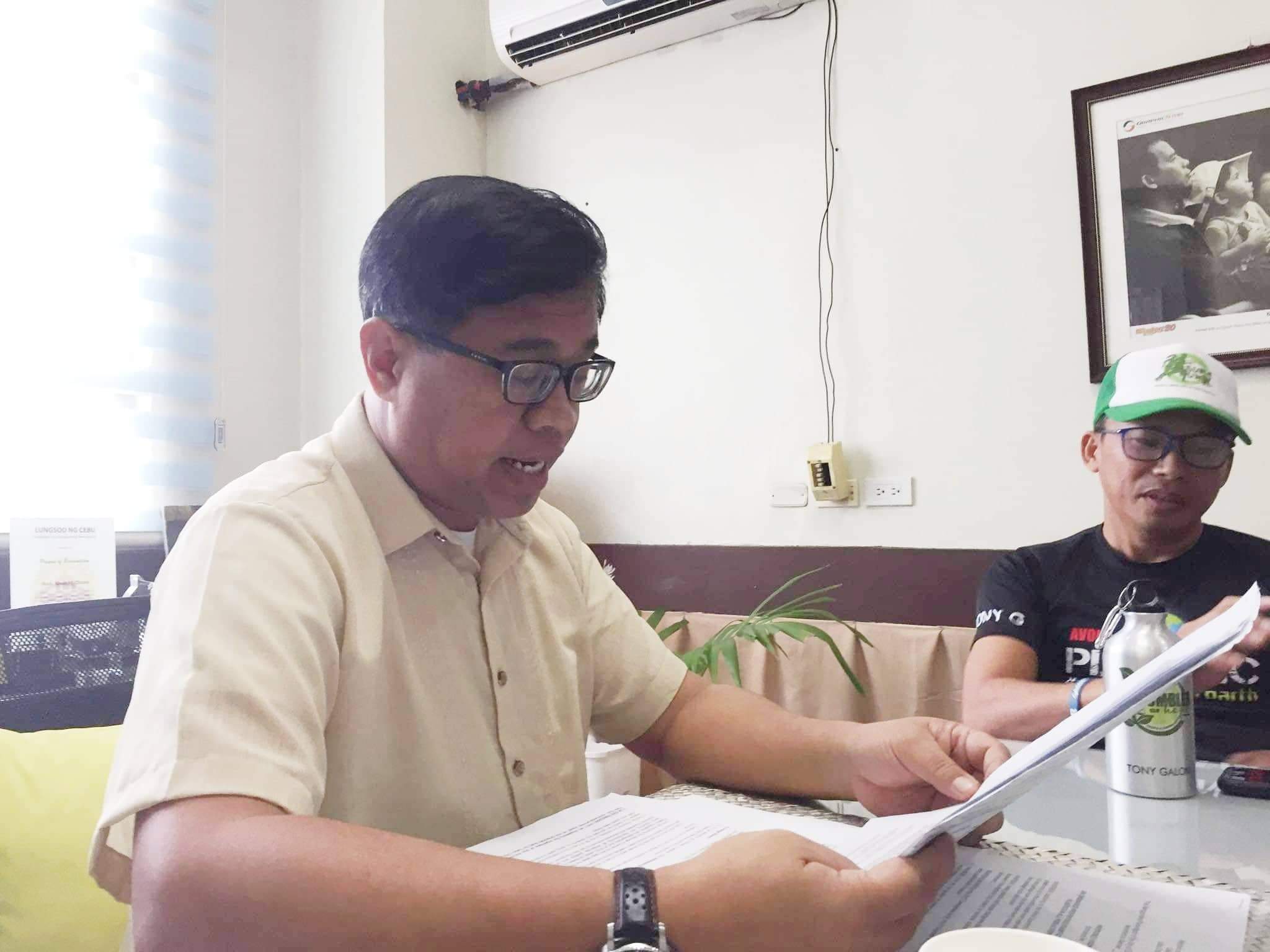 Cebu City Councilor Alvin Dizon delivers a privilege speech during the October 8 regular session of the Cebu City Council where he called on city officials to cut back on single-use plastics. CDND PHOTO / Delta Derycka Letigio

CEBU CITY, Philippines — The move to cut back on single-use and disposable plastics has reached Cebu City Hall.

In a privilege speech during the Cebu City Council’s regular session on Tuesday, October, City Councilor Alvin Dizon urged city officials to stop patronizing single-use plastic products and ban them from all public activities conducted by the city government.

Dizon said the city government has to serve as a model to its constituents if it is seriously committed to significantly decrease the production of plastic waste.

In his speech, Dizon noted that 32 percent of the wastes collected in Cebu City is composed of plastic waste, which takes millions of years to decompose.

He emphasized that plastic waste is one of the major culprits of clogged drainage systems and polluted rivers, which led to flooding in the downstream areas of the city.

Dizon said the city should treat the plastic problem of the city as “urgent” and implement measures to cut back on the utilization of single-use plastic products.

As part of his legislative move, Dizon distributed water tumblers to the members of the City Council and urged his fellow officials to stop bringing water in plastic bottles inside the session hall.

“For this august body to institutionalize the practice of plastic-free caucuses and sessions, we begin today with our tumblers. Let us commit to use them,” said Dizon during the session.

Together with the council, Dizon urged Mayor Edgardo Labella to issue an executive order to ban single-use plastics and styrofoam in the offices and in events hosted by the Cebu City Government.

Dizon also urged the city to invest in infrastructure and technology that would intercept plastic waste before they reach the oceans.

He said plastic can easily be eaten by marine animals, which in turn are consumed by human beings. This situation poses risks on the health of the public.

Hopeful that this measure will be carried out in Cebu City, Dizon said the city government needs to step up in finding solutions to the plastic problem as its results to a slew of environmental issues in the city. / celr

Read Next
Labella’s first 100 days: Accomplishment report to be delivered on October 16