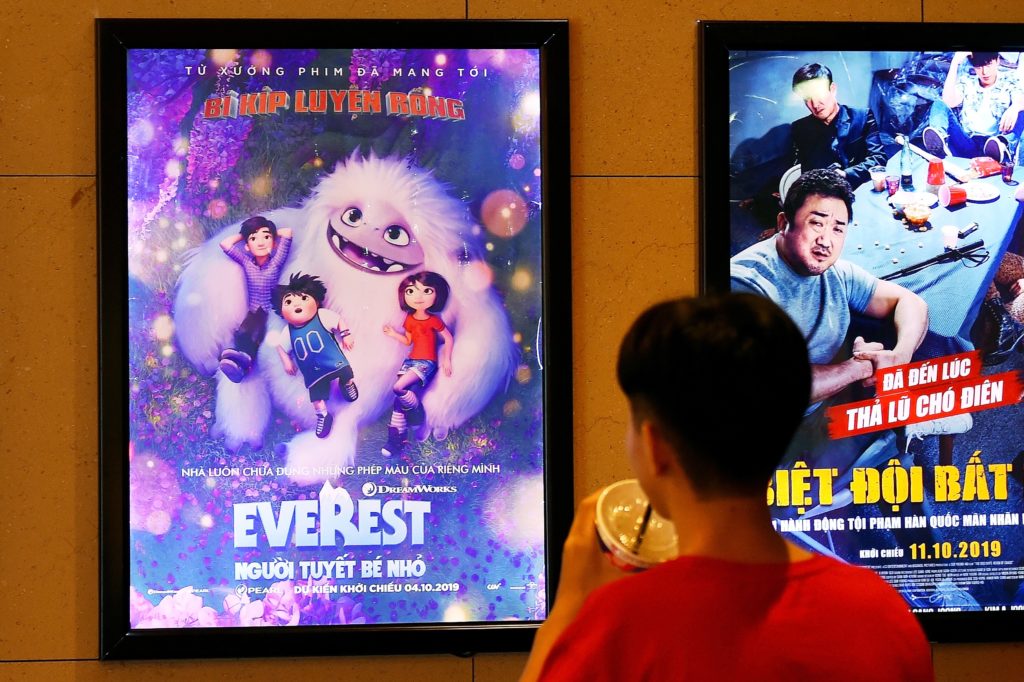 A boy looks at a poster for the animated movie “Everest Nguoi Tuyet Be Nho”, also known as “Abominable”, at a movie theatre in Hanoi on Monday. (AFP)

MANILA, Philippines–The Philippines has pulled “Abominable” from theaters because the US-Chinese-made movie showed the controversial “nine-dash” line map supporting Beijing’s claims to nearly all of the South China Sea.

The animated film has been removed from Philippine theaters since Tuesday, the Movie and Tele­vision Review and Classification Board  said in a statement sent to Pilipino Star Ngayon.

“MTRCB understands the situation brought about by the movie ‘Abominable.’ We wish to assure the public that the said movie is already off the Philippine market effective October 15,  2019,” Pilipino Star Ngayon quoted MTRCB Chair Rachel Arenas as saying.

This came as the film sparked a growing regional backlash, with Malaysia cutting the segment just days after Vietnam pulled the movie entirely.

The animated film about a Chinese teenager helping a yeti return to his home shows a chart featuring the “nine-dash” line which sets out Beijing’s expansive claims to the flashpoint waters.

By including the U-shaped line, the movie — a joint production by DreamWorks and China’s Pearl Studio — has stumbled into a festering row that has long been a source of friction between Beijing and Southeast Asia.

China’s claims overlap those of several other states, and it has been building military outposts on small islands and atolls in the area, while frequent patrols by US warships to assert the right to free navigation have added to tensions. 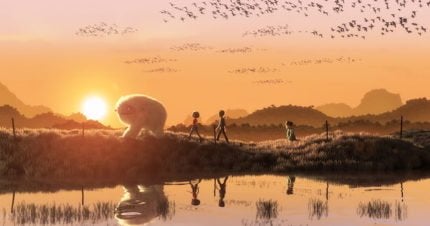 Malaysian film censorship board chief Mohamad Zamberi Abdul Aziz said in a statement that the movie could be screened in the country “with the condition that the map, which has become controversial, is removed”.

It is due for release on November 7 in Malaysia.

Vietnam’s main cinema franchise CGV said on Monday it would no longer show the film, which was released earlier this month, after it was notified about the map, with the South Korean-owned firm calling it a “serious issue”.

State media in the communist country, one of the most vocal opponents of China’s claims in disputed waters, also quoted the head of the country’s censorship body saying she was sorry for letting the error slip through.

He said censors should “cut out crudely” and substitute the deleted segment “with a hectoring lecture”.

Representative Lawrence Fortun said that “aside from the disinformation and confusion it can create, its showing on Philippine soil will also have a negative bearing on our integrity as a country and nation.”

The cartoon opened in Philippine cinemas earlier this month, with the adverse reaction not surfacing until later.

The movie is also showing in Indonesia, Southeast Asia’s biggest country, but there was no sign of controversy. Indonesia does not have a formal maritime dispute with Beijing in the South China Sea, although its ships have sometimes clashed with Chinese vessels.

Beijing has based its claims to almost all the resource-rich South China Sea, which is home to important shipping routes, on historic documents. As well as the Philippines, Vietnam and Malaysia, Brunei and Taiwan are rival claimants.

A 2016 arbitral tribunal ruling said China’s claim was without basis, something Beijing has ignored.